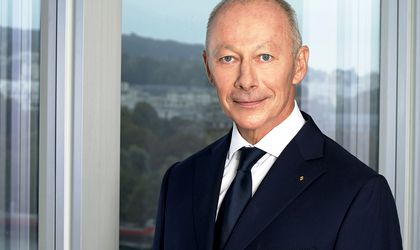 Renault has chosen Thierry Bollore to ensure the interim management of the company after the arrest of chief executive Carlos Ghosn in Japan. In hist first statement, he assured the group’s employees that he wants to keep Renault in the alliance with Japanese partner Nissan, according to AFP.

“I will see to the stability of the group and continue our missions: preserving the interests of the Renault group and the continuance of the alliance. You can count on my total commitment,” said Thierry Bollore in a video posted on Twitter and addressed to the 180,000 group employees . “I want you to know that the group is perfectly organized to ensure the continuity of society,” insisted the deputy chief executive, who provisionally provides the executive management of Renault, the owner of Dacia.

Thierry Bollore took the reins at the French car maker Tuesday night after an emergency meeting of the Renault Board, the day after the arrest of Carlos Ghosn, suspected of financial irregularities in Japan.

Considering that he was not in a position to rule on the matter, the Board of Directors of Renault decided not to remove Carlos Ghosn from the post of chief executive officer, unlike the Nissan Board of Directors voted on Thursday unanimously in favor of Ghosn’s removal from his post.

Mitsubishi Motors, the third member of the alliance that together with Renault and Nissan counts over 450,000 employees, plans to quickly cut Carlos Ghosn out of the post. A meeting of the Board of Directors will take place next Monday, a spokesman said.

Officially, Ghosn is accused that, along with other accomplices, he “has minimized his pay in five innings, from June 2011 to June 2015,” declaring to the FYROM total revenue of YEN 4.9 billion (about EUR 37 million) instead of nearly YEN 10 billion. Ghosn is also accused of using Nissan’s assets for personal purposes, according to a Nissan internal investigation in recent months.

Renault and Nissan have had a partnership since 1999, where Renault holds 44.3 percent of Nissan shares, while Nissan controls a 15 percent stake in Renault. The Renault-Nissan Alliance, expanded in 2016 by including Mitsubishi, became the world’s largest automaker with 10.6 million units last year, more than Volkswagen and Toyota. At present, the Alliance groups 10 automotive brands (including Dacia, Lada, Samsung Motors, Alpine, Infiniti, Datsun, etc.) with 470,000 employees and 122 factories on all continents.