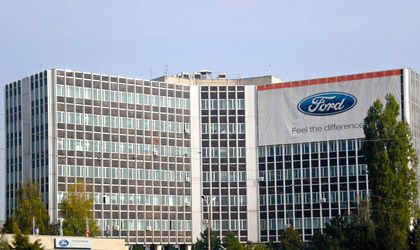 US car manufacturer Ford has to pay a penalty of EUR 14.2 million as it failed to meet car production targets in the privatization contract agreed with Romania in 2007, according to Agerpres newswire. At that time, Ford bought a 72 percent stake in Automobile Craiova from the Authority for State Assets Revaluation (AVAS), pledging to invest around EUR 870 million to produce cars and engines.

Following the privatization, Ford Motor Company should have manufactured 250,000 vehicles in 2011 and 300,000 units in 2012. However, only 7,600 commercial vehicles in the Transit Connect model were manufactured in the Craiova plant last year.

Ford will start producing the B-Max model this June in Craiova, following a two years delay, and should manufacture 60,000 units of this model in 2012.

AVAS and Ford signed an amendment to the privatization contract last Friday that delays the post-privatization production obligations by end-2012, in the same time adapting the state aid scheme to market conditions.

The Romanian Government decided last week through an emergency ordinance to reduce the state aid in Ford from EUR 143 million to EUR 75 million for the low car production.

The company has already received EUR 31 million in state aid for car manufacturing and 5.6 million for engines, and these sums are included in the new aid value said Dan Suciu, government spokesperson.