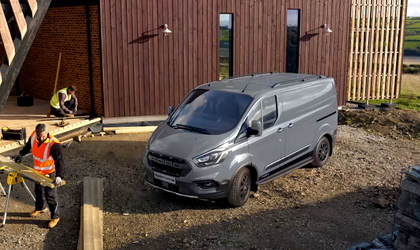 According to data published by the Directorate of Driving Licenses and Vehicle Registration (DRPCIV), Ford Romania continues to be the market leader in the commercial vehicle sales segment in 2022. At the same time, the Ford Puma, built exclusively at Ford’s Otosan plant in Craiova, is the best-selling hybrid model on the Romanian market.

The Ford Transit Custom remains the segment leader (MCV 1Tonne) for the sixth consecutive year and maintains a high market share of 27%. Ford Ranger, the star of the Ford Pro division, continues to impress, and is the clear leader with a 45.1% market share.

Ford Transit maintains its positive trend and records an increase in market share year-on-year to 20% and ranks second in the segment.

“Although the automotive industry has gone through another difficult year in 2022, I am glad that Ford has managed to confirm in Romania the trust of its customers, but also the versatility and reliability of its commercial vehicle range. I would like to mention the outstanding performance of the Ford Ranger, an absolutely exceptional pick-up, which has clearly dominated the segment, despite being at the end of its generation. The Transit Custom also remains the market favourite and the Transit has increased its market share and marked the launch of the all-electric version, the E-Transit,” said Roxana Capătă, Managing Director Ford Romania Services.

“Setting a new record of eight consecutive years as the European market leader demonstrates how much our customers rely on the Ford commercial vehicle range to power their businesses. As we roll out our unique software, charging and service platform across Europe, we are determined to ensure that Ford Pro remains our customers’ trusted partner for productivity,” said Hans Schep, managing director, Ford Pro, Europe.

Produced exclusively in the Craiova plant since the second half of 2019, the Ford Puma is a best-seller in Romania and ranks once again first when it comes to hybrid versions, being the best-selling model in 2022, with 3,046 units registered.

The Ford Kuga, produced at the Valencia plant, is Ford’s second best-selling model and saw a significant increase of 29% in 2022, with 1,371 units registered during the year. It should be noted that hybrid versions saw an increase of 96%, with the Kuga still the best-selling Plug-in Hybrid (PHEV) model in Romania, regardless of segment.

Roxana Capătă, Managing Director Ford Romania Services said, “Electrification of the product range is Ford’s bet for its customers and I am glad that they appreciate the variety of such models we offer, whether we are talking about full-electric, hybrid (MHEV), full-hybrid (FHEV) or plug-in hybrid (PHEV) versions.”