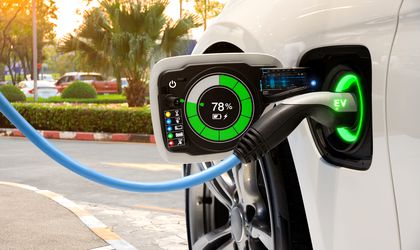 While the range of Romanian startups in the emerging electric vehicle (EV) industry has been rather limited up to now, the launch of Dacia’s first electric car, slated for 2021, could be a game changer for the local automotive market and boost entrepreneurial initiatives in this field.

Car maker Dacia, which is owned by France’s Renault, is planning to roll out its own long-range of electric cars at very competitive prices. The first model, called Dacia Spring, will be launched next year and will be based on the Renault City K-ZE, which is sold in China. The e-Dacia will have a range of up to 200 kilometers on a single charge. The biggest question is where the new vehicle will be manufactured. In Romania, Dacia has a large manufacturing base for petrol-fueled cars, so some media outlets have reported that the car might get built outside the country, although a final decision hasn’t yet been made on this matter. Nevertheless, the mainstream production of an electric car in Romania could stimulate the development of a fresh wave of startups in the automotive industry. The charging infrastructure for electric cars and improved battery technologies could be a starting point for the new era of mobility.

“We might see something similar with this new electric project. I have no idea how many startups will rise once Dacia goes electric, but we’ll probably see some excitement, less range anxiety among Romanian drivers, and a little more unrest among other car makers. Let’s not forget that the main reasons why the electric market is still undeveloped are the lack of charging infrastructure and the price tags which are still prohibitive for most of us. If Dacia’s electric project turns out to be as interesting as it sounds, they could change the mobility game in the entire region, undoubtedly,” Daniel Pintilie, founder of WATTO, told BR.

His startup aims to develop a network of ultra-fast charging stations in Romania and the wider Central and Eastern Europe region. WATTO is working on units that can provide a charging level of 80 percent for car batteries in less than 10 minutes. The startup is currently looking to secure funding to build a pilot station and has also applied for EU grants. The plan is to have such high-power stations along the main European road corridors.

The critical infrastructure for electric car charging is still in the early stages of development in Romania. Close to 400 charging stations were operational across the country at the end of 2019, with a half-yearly growth rate of about 30 percent. Meanwhile, some 76 percent of all charging stations in the European Union were in the Netherlands, Germany, France, and the UK.

Romania had around 4.41 charging stations per 100,000 urban inhabitants, compared to the EU average of 52.1 stations as of 2017, according to Eurostat, the statistics office of the EU. However, the country has no ultra-fast charging station of 150 to 350 kilowatts. Across the world there are around 632,000 public charging stations that serve an electric fleet of around 5 million vehicles, while the investments needed to build up the global electric infrastructure is estimated at USD 6 trillion, according to a report by CB Insights.

Furthermore, the International Energy Agency predicts that 55 percent of all new car sales and 33 percent of the global fleet will be electric by 2040. 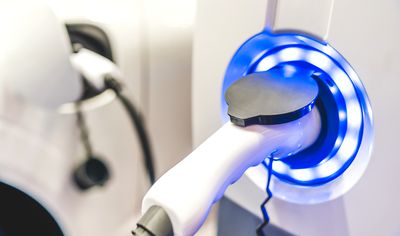 “Having an electric car manufactured in Romania will have a broad positive economic impact as it will generate opportunities for numerous suppliers, sub-parts manufacturers, and integrators,” Daniel Rosner, programme manager at Innovation Labs, told BR. Established car producers and suppliers could provide seed capital for startups and work with entrepreneurs on the development and infrastructure and manufacturing facilities for EVs, suggested Rosner.

Meanwhile, more Romanians are interested in buying an EV, and the list price of such cars is reduced by around EUR 10,000 through a state subsidy. In the first half of 2020, sales of electric cars climbed 31.6 percent to 600 units compared to the same period of last year, according to the Car Producers and Importers’ Association (APIA). Electric and hybrid cars had a share of 5.9 percent of all registrations in the first half, while the rest belonged to vehicles powered by fossil fuels. Dès l’apparition de Kamagra sur le marché, la fabrication de différentes versions génériques a décollé. La capitalisation de sociétés rivales sur le nom Kamagra Oral Jelly a conduit à des fortunes à partir de Viagra générique.

Global auto sales have been battered by the COVID-19 pandemic, and the auto market will be bumpy for the next three years, according to a BloombergNEF report. The transition to electric cars will stay on track in the long term, but there will be differences in the adoption of EVs by countries around the world. While global car sales are set to fall by 23 percent this year, EV sales will also decrease for the first time in the modern era to around 1.7 million units. The report points out that this year there are over 500,000 e-buses, almost 400,000 electric delivery vans and trucks, and 184 million electric mopeds, scooters, and motorcycles on the road globally. In addition, over 7 million passenger EVs are currently being driven internationally.

“The long-term outlook for EVs remains bright, as fundamental cost and technology improvements outweigh the short-term impacts of the pandemic. Some near-term EV model launches will be delayed, but manufacturers so far are sticking to their long-term electrification commitments,” according to the report. China and Europe will account for more than 70 percent of all EV sales by the end of this decade.

Pintilie of WATTO suggested that people would not buy more EVs if infrastructure was not better developed. “The increasing number of people and the large volumes of goods require different ways of transportation, while people’s needs for mobility must be addressed in a responsible and efficient way,” says the founder.

In 2019, some 240 EV companies raised USD 17 billion from investors, according to a report by EVBoosters and Venture IQ. The most active scaleup in 2019 was Rivian, which raised USD 2.9 billion. The company is set to make 100,000 electric delivery vans for e-commerce giant Amazon.