Electric vehicles sales are expected grow annually by 30% over the next decade, and one in three new cars sold globally will be electric by 2030 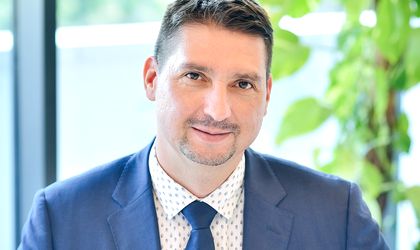 Electric vehicles sales are expected to reach an annual growth rate of 30% over the next ten years, so that by the end of the decade one in three new cars sold globally will be electric, according to the Deloitte report “Electric Vehicles. Setting a course for 2030”. Thus, the total number of electric cars sold is expected to grow from 2.5 million in 2020, to 11.2 million in 2025, then reaching 31.1 million by 2030.

The report estimates that, as the world economies recover from COVID-19, internal combustion engine vehicles sales will return to growth, up to 81.7 million by 2025, then will experience a decline in market penetration.

Deloitte experts identified a key factor in driving electric vehicles growth over the next ten years, namely the changing consumer sentiment, as many barriers to adoption gradually dissipate. Prices are getting closer to those of diesel or petrol cars, and the range of models available is diversifying. However, consumers concerns regarding the driving range (the distance that can be covered with a single load) and the lack of charging infrastructure remain.

“Measures taken by governments in order to help their countries recover after the COVID-19 pandemic could also influence consumer sentiment on electric vehicles. For example, as part of the economic recovery plan, Germany has designated $2.8 billion to electric cars charging infrastructure and announced new legislation introducing the obligation for all fuel stations to have a charging point. Romania can follow this example and those related to the financial incentives offered by other states for the purchase of an electric car, both for individuals and for companies,” said Ciprian Gavriliu, Tax Partner, Deloitte Romania.

According to the study, many governments have provided, over time, financial incentives for electric vehicles, such as providing cash subsidies to consumers, reducing taxes and increasing or maintaining taxes on internal combustion engine vehicles.

Moreover, some of the measures adopted in the context of COVID-19 to stimulate auto industry clearly favor electric cars. For example, in Germany, the government has temporarily lowered VAT from 19% to 16% on low-emission vehicles and doubled existing subsidies to almost $7,000 on such vehicles with prices lower than $45,000. In France, private consumers who buy electric cars that cost up to $50,000 now receive an almost $8,000 incentive, up from around $7,000, previously. At the same time, the French authorities has doubled the premium for old cars scrapping. Meanwhile, in China, electric cars subsidies and tax break policies set to expire in 2020 were extended to 2022.

On the other hand, the report shows that the US market has evolved disappointingly recently, in the context of low price of fuel and the limited range of models available (Tesla Model 3 accounts alone for almost half of all sales on this segment). Electric cars sales in the rest of the world are not relevant either, for various reasons: a lack of government commitment, insufficient or unsuitable charging infrastructure, unavailability of such vehicles and cultural differences regarding mobility models. For example, Japan is a major global car market, but new car sales are dominated by domestic original equipment manufacturers that have not yet developed the same range of electric vehicles as their European and Chinese competitors.

Deloitte’s report “Electric Vehicles. Setting a course for 2030” is based on analysis of industry data sets as well as public announcements made by original equipment manufacturers and is available here.

Deloitte Foundation and World Vision inaugurate the 2nd center for educational activities for...

Deloitte, recognized as the Romanian Tax Firm of the Year by the International...