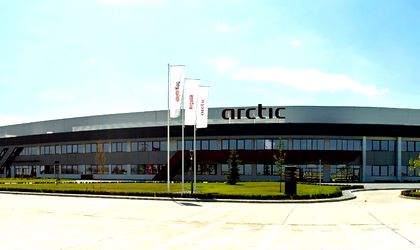 Arctic, the leader of the Romanian home appliance market and one of the main contributors to the local economy, marks a milestone of one million washing machines produced at its Ulmi manufacturing plant in Dambovita county, the first Industry 4.0 factory in Romania and one of the most modern production facilities in Europe.

Opened in 2019, following a EUR 153 million investment, the production facility in Ulmi integrates cutting-edge machine learning technologies and automated processes that enable employees to work side by side with robots, leading to a 30% increase in productivity. Over 200 robots were part of the production process of the one million Arctic washing machines. The 700.000 square meters Ulmi production hub boasts automated material handling and storage systems that allow the parts to be transported from the warehouse to the assembly line with self-driving vehicles. Over 70% of production operations are based on self-determined and self-managed systems, while quality control is 100% automated. So far, the Research and Development departments have been conducting tests adding up to over 407.000 hours. ’’Reaching the figure of one million washing machines manufactured is a significant achievement for our factory in Ulmi and highlights our entire team’s dedication and hard work. We are proud that the washing machines we produce here and that bear the Made in Ro label make Romania known in over 30 countries, standing for quality, innovation, and sustainability. As a leader on the Romanian home appliance market, we have pledged to minimise the effects of our activity on the environment, and the Arctic factory in Ulmi is at the forefront of our efforts, being a model of sustainable production. We will continue to invest in expanding our production capacity and we stand committed to transforming Romania into a household appliance production hub for the whole of Europe’’, said Arctic Chief Executive Officer Murat Büyükerk.

The one million Arctic washing machines were produced with minimal impact on the environment. Thanks to technologies based on Industry 4.0 principles, the energy consumption per unit of product has decreased by 28%. Moreover, the factory is partly powered by renewable energy, the photovoltaic system having produced over 1.7 million kWh so far, thus reducing carbon dioxide emission by around 600 tons.

The water used during the production process is also almost 100% recycled and reused. Owing to its advanced wastewater treatment and rainwater collection systems, 26.000 cubic meters of water have been recycled and reused – the equivalent of 10 Olympic pools.

The Ulmi unit received an impressive number of accreditations for being a green factory, and it is the only one in Romania certified as LEED Platinum. This certification acknowledges its sustainable production performance, being the highest possible LEED rating.

In Romania Arctic also owns and operates the largest household appliance manufacturing factory in continental Europe, the Gaesti unit having produced so far over 38 million refrigerators which have been exported to more than 70 countries.