The number of insolvencies in the first semester of this year got to the lowest level of the last ten years, but the amount of losses generated to creditors edges close to a 10-year record. The number of large companies with a turnover over EUR 1 million becoming insolvent registered a growth of almost 5 percent, reaching 189 insolvent companies in the first semester of the current year.

Increasing insolvency among large companies is a systemic problem as they spread greater financial and social shock in the already highly polarized business environment. Although the number of insolvencies registered in the first semester of the current year is at the lower level of the last ten years, the losses generated to creditors is very high, close to the highest level in the last decade.

Coface Romania has conducted a new study on the evolution of insolvent companies in Romania, this time by considering the newly registered cases from the Insolvency Procedure Bulletin (IPB) during the first semester of the current year. According to the preliminary data published by the IPB and based on the Coface methodology, 4,199 new insolvency procedures were initiated in the first semester of the current year, down by 5 percent fewer in relation to the same period of the previous year, when 4,442 insolvency procedures were initiated.

Insolvency companies during the first semester of the current year have caused creditors (credit institutions, suppliers, etc.) total losses of nearly RON 5 billion, up 10 percent over the same period of 2017.

Furthermore, the number of jobs registered by insolvent companies in the first semester of this year is up by 35 percent, reaching almost 26,000 employees.

Evolution of insolvency and economic impact

The rise in the impact of insolvency companies is registered against the background of the deterioration of the fiscal and entrepreneurial context in Romania, which feeds a major fluctuation in economic growth rate (the expansion period far beyond the potential, which may be followed by a tougher recession), as well as of the newly registered companies as compared to those which interrupt their activity. 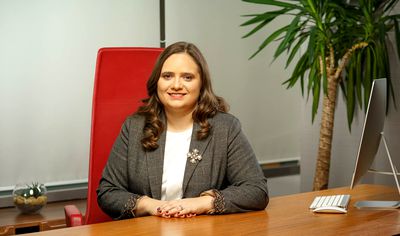 Read more about
CITR Study | What can we expect during the next 6 months of pandemic: The companies (of impact) who are experiencing difficulties have some options to limit the crisis effects on their business
read more

The macroeconomic context becomes unstable due to the pro-cyclical fiscal policies fuelling the rise of a very high fiscal deficit in a period of attenuation of the economic growth.

The business environment is affected by destructive regeneration. The number of companies ceasing their business in the first semester of the current year is 74,442 companies, up by 12 percent compared to the same period of the previous year.

At the same time, the number of newly incorporate limited liability companies in the first semester of the current year is 45,276, down by 19 percent compared to the same period of the previous year. This may indicate the deterioration of the confidence in the medium-to-long-term prospects of the economy among current entrepreneurs, or those who are thinking of setting up a company.

Sectors registering the most insolvency

Most insolvencies initiated in the first semester of the current year were registered in the retail sector (674), followed by constructions (663) and wholesale and distribution (624).

“The main factors causing the deterioration of the companies’ payment behaviour, on the one hand, i.e. the decrease of the level of confidence of the entrepreneurs, on the other hand, are increased expenses, especially those related to wages, utilities and fuel, increased in the expenses related to interests and bank credit reimbursement, fiscal unpredictability regarding new tax regulations. To all this are added the underground economy in Romania, estimated by the European Commission at almost 28 percent of GDP, the highest level in the EU after Bulgaria, allowing for unfair competition and difficulty in being competitive, the difficulty in finding workforce at a salary reflecting the actual productivity”, Iancu Guda, services director, Coface Romania, stated.