TAP Portugal makes its second exit from the Romanian market 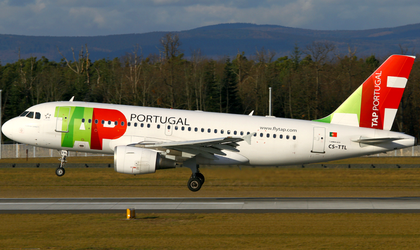 Airline customers who have already purchased tickets will be moved to flights operated by other airlines and will be informed about the new routes or will be able to request reimbursement of the sums paid if they wish to cancel the tickets.

TAP regrets the interruption of operation on this route.

This was the company’s second attempt to operate on the Romanian market. The repeated operation once again proved its low profitability, which would not justify continuing flights on the Lisbon-Bucharest route.

The company entered the Romanian market in 2012 and again in 2017, and both attempts have proven to be failures.