Romania’s airport traffic up 8 percent in 2018 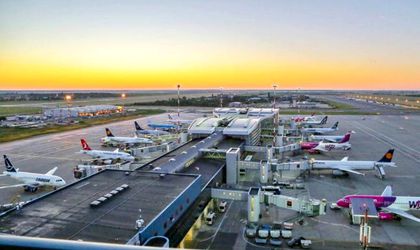 Passenger air transport in Romania increased last year by 7.9 percent compared to 2017, with 21.81 million travellers, most of whom travelled through the Henri Coanda Airport in Bucharest, according to data provided by the National Institute of Statistics.

There were 6.95 million passengers who departed from the Henri Coanda Airport and 6.86 million who arrived on the airport, followed by Cluj Napoca’s Avram Iancu Airport (1.4 million departed and 1.37 million arrived) and Timisoara’s Traian Vuia Airport (749,300 departures and 767,900 arrivals).

London Luton Airport ranked first among origin and destination airports for flights departing from or arriving in Romania, while Italy was the country with the most passengers arriving or departing through regular flights.

Breaking down arrivals to Romania by origin, after Luton Airport there are the following airports: Milan, Munchen, Tel Aviv, Madrid, Vienna, Istanbul, Frankfurt, Barcelona and Amsterdam.

The main countries of origin for arrivals to Romania were: Italy, the UK, Germany, Spain, France, Israel, Belgium, Turkey, and the Netherlands.

There are currently 16 international airports in Romania.