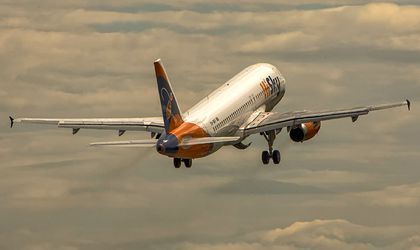 HiSky started the operation of flights from the company’s new hub, Otopeni Airport in Bucharest.

Passengers from the capital city will be able to travel with HiSky to Timisoara and Cluj but also one of the sought-after tourist destinations, Israel – Tel Aviv. At the same time, during the summer, the company will operate several charter flights, to exotic destinations, in partnership with important Romanian tour operators.

With the opening of the Bucharest hub, HiSky launches a new concept of service and price. “SMART COST” is the company’s proposal for the Romanian market, a travel concept that maintains the low-cost pricing principles but takes into account the behaviors and needs of passengers in establishing the flight schedule and the range of additional services.

One of the main development directions for the company is to service the business traffic by creating accessible air connections between the capital city and the largest cities in the country. Through its pricing policy, frequency, and comfortable intervals between flights, HiSky is positioned as the first choice not only before road and railway transportation but also its main competitors, operating on the same destinations. Moreover, in order to accommodate frequent flyers on domestic routes, the operator also introduces a series of “Smart Pass” subscriptions, to help ensure predictability and optimize transportation costs for companies and individuals.

“With the opening of domestic routes, from Bucharest to the two main cities, we are beginning to outline one of HiSky’s development strategies, business traffic for the Romanian market. The SMART COST concept is best reflected here. We have taken into account in setting the flight schedule the travel needs of Romanian business passengers and we are confident that we are entering the market with the best offer. On each of the 5 working days, we have two flights from Bucharest to Cluj and Timisoara and back. Thus, we offer passengers the possibility to return on the same day, whether they fly to or from the capital city. Also, the flight hours have been set so as to accommodate a comfortable schedule to arrive at the airport of departure and land in the destination city, ”explains Mareș Cărăvan, Commercial Director HiSky Europe.

HiSky operates a fleet of five Airbus A320 aircraft, comprised of four 180-seat A320 aircraft and one 144-seat A319 aircraft. For the safety of passengers and efficiency in operation, including longer flights, recently produced aircraft have been chosen, and regular maintenance programs will be performed at a specialized base in Romania.

The company currently has over 200 employees, almost half of whom are flight crew. One of the pilots operating regular flights is the CEO, Iulian Scorpan, an Airbus A320 pilot with over 20 years of flight experience and more than 10 years in airline management.

“In addition to piloting, I also had the opportunity in my career to work in the executive part of commercial aviation. I managed an airline and that’s how I got to know the market very well for this type of service, the expectations of staff, passengers, and tour operators. We have realized that there is still a need in the market for safe, efficient, cost-effective air transport service providers. This is the segment on which we have positioned the company. We mainly want to be honest with our passengers and communicate very clearly who we are and what we offer for the price they pay, ”said Iulian Scorpan, founder and CEO of HiSky.

The HiSky airline was established in 2020, and by the end of 2021, it had already exceeded the threshold of 200 thousand transported passengers. HiSky operates flights from Bucharest, Cluj-Napoca, Baia Mare, Satu Mare, Iasi, and Chisinau to 10 destinations in Romania and Europe. After the opening of the hub in Bucharest, the operator announces for the winter season the opening of 2 more domestic destinations, Oradea and Iasi, and 10 other destinations in Europe.