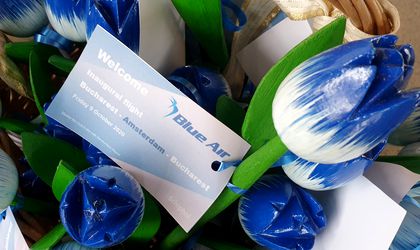 Starting with October 9, 2020, Blue Air connects Bucharest with Amsterdam and with the whole world, providing its passengers with daily services to and from this key destination, at prices starting from 29 euro / segment.

Blue Air passengers have shown significant interest in this new route, even in the current context of mobility restrictions and a still limited travel appetite. The aircraft  load factor was above the current average, both on the departure flight to Amsterdam and on the return flight to Bucharest. Passengers received souvenirs from Schipol Airport to mark the inaugural Blue Air Bucharest-Amsterdam flight.

Blue Air will operate daily flights between Bucharest Otopeni (OTP) and Amsterdam Schiphol (AMS), according to the schedule: 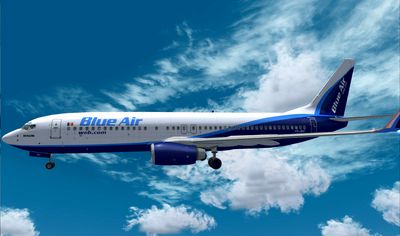 “We are thrilled to offer the first ever Low Cost Service between Bucharest and one of the busiest and most demanded airports in Europe –  Amsterdam Schiphol Airport. This is a very important milestone for Blue Air network renaissance and great news for our customers who will now be able to benefit from additional travel options at affordable price. Amsterdam Schiphol is a very popular destination for both leisure and business travel between the Netherlands and Romania. Through this new route, we are also enriching the travel options for the Romanian diaspora transiting one of the largest transcontinental hubs in Europe “, says Krassimir Tanev, Blue Air Chief Commercial Officer.