Tradus: How the interest for used farming equipment evolved on the platform in the first half of the year 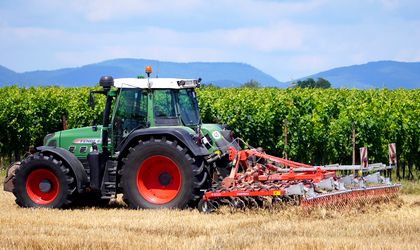 Tradus, the global trading market for used commercial vehicles, has been monitoring the activity on the platform ever since the coronavirus outbreak: in the agricultural sector, farmers’ activity continued despite the global context. At least this is the conclusion of the analysis on pageviews for the farming sector in Europe: interest for tractors was highest, but farmers also preferred harvesting equipment for specialized work, while interest for other categories was depended on the season.

“With over 10 million farms in the European Union only, farming represents a vital sector in all regions in Europe and a very important component of the economy. For Tradus, the agricultural machinery trade is a strong sector, as we have seen it grow at a consistent speed in the last year. During the outbreak of coronavirus, we continued to see interest for farming equipment, which is proof that this sector continued the activity despite the global context, taking its mission to provide food for the world seriously, even in a time of crisis.” Says Nadja Sörgel, General Manager Tradus.

Tractors, the backbone of any farm 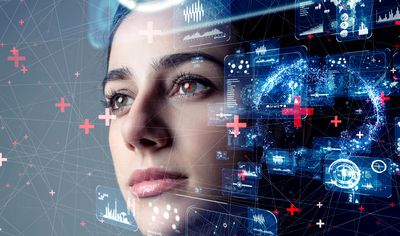 Tractors are the most requested agricultural equipment on the platform. Tradus reports that between January and June 2020 tractors registered 71.7% of the total visits in the farming category. The peak of interest is January, with 73.6% of the total visits for the month, while March follows closely with 73.2% of the total monthly pageviews. Farmers were definitely preparing in advance for the year to come. However, interest decreased in April and June, with under 70% of the monthly pageviews, which can be an indicator that farmers were focusing on other types of specialized equipment for seasonal work.

John Deere, Fendt and New Holland are among the most requested farming brands on the platform. Also, the brand search and price range filter are most used in the search for tractors on the platform.

Harvesting equipment, in the top for specialized machineries

By far, harvesting equipment is the most searched when it comes to specialized machineries, with 7.8% of the total pageviews during the first six months of the year. The lowest month in interest was April, with 6.2% of the monthly pageviews, while the peak was registered in June, with 9.6% of the monthly pageviews for this type of used machinery. This can be due to the fact that farmers get ready in advance for the most important moment of the year: the harvesting season.

However, January and February were good months for harvesting equipment as well with 9% and 8.4% of the monthly pageviews. This shows again that farmers use the first months of the year to prepare in advance for the upcoming seasons.

Peaks of interest in April and June

Farmers’ interest varied during the first six months of the year but generally, peaks in the interest were registered in April and June.

Other specialized categories like agri trailers, tillage equipment, and fertilizer applicators also peaked in April, but the interest decreased in May and June. For example, tillage equipment registered 5% of the monthly pageviews in April, while it decreased to 3.1% of the pageviews in June. In the other four months, it remains somewhat constant, with over 3% of the pageviews each month.

The interest for potato equipment, processing and storage equipment and wine growing equipment remained somewhat constant during the first half of the year.

To perform this analysis, the specialists from the Tradus team used data from the platform from January to June 2020 and the analysis focused on the percentage of total clicks on each farming category.