Romania could export up to 5 mln sheep to China, says agriculture minister 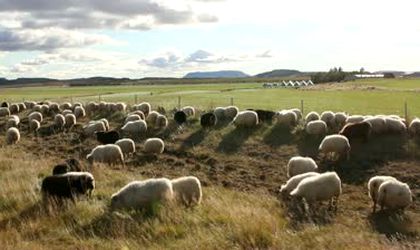 After Chinese authorities expressed their interest in importing sheep from Romania, agriculture minister Daniel Constantin said today that Romania has the capacity to export between 4 and 5 million sheep, according to Mediafax.  The announcement comes after yesterday Chinese and Romanian authorities signed an agreement settling cattle trade between the two countries.

Romanian cattle exports to China could amount to some 500,000 Baltata romaneasca (local cow breed) cows to be delivered over the next 7-10 years. This is estimated to generate some EUR 500 million to Romanian farmers .

The first shipment of some 4,000 – 5,000 cows could be made in January 2014, according to Mediafax. This will make Romania the first European country to export live cattle to China and the fourth in the world after Australia, New Zealand and Uruguay.

A Chinese delegation headed by Li Keqiang, the Chinese PM, is presently in Bucharest.