Record year for agriculture in 2018: Romania ranks first in EU for maize and sunflower production 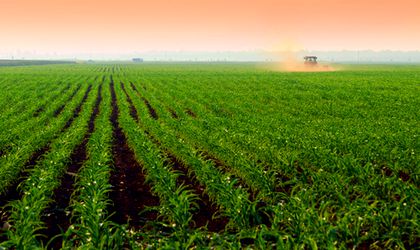 The Romanian agriculture sector recorded its best results in history last year, with record yields for wheat, maize and sunflower. The total grain harvest in 2018 – about 31 million tons – ranks Romania on the third place in the European Union (EU), but first for maize harvest for the second year in a row.

In maize, Romania is for the second consecutive year on the first position in the EU with a total harvest of 19 million tons, up by almost 33 percent compared to 2017 and with a yield of 7.8 tons per hectare, ahead of France, which gained 12.59 million tons this year.

Romania produces almost 28 percent of the European Union maize. The biggest producer is Agricost (from Insula Mare a Brailei), followed by Comcereal Dolj and Transavia.

The International Organization of Vine and Wine (OIV) estimated at the end of October that Romania recorded a 21 percent increase in wine production up to 5.2 million hectoliters, higher than 2013, the record year so far, when 5.113 million hectoliters were recorded.