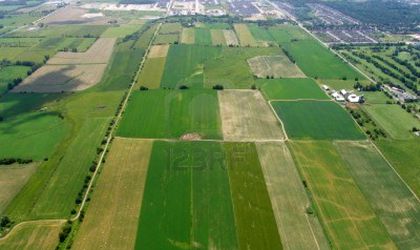 Individuals will be able to buy up to 150 ha of farmland and companies no more than 1,500 ha should a draft bill the Ministry of Agriculture and Rural Development (MADR) is presently working on come into force. The new limits were agreed upon with local farmers, Achim Irimescu, the minister of agriculture said on Tuesday, according to Agerpres.

“We have discussed about the draft bill right this afternoon (e.n. November 1) and we have agreed to limit farmland acquisitions made by individuals to 150 ha – this would be the size of a family farm (…). For companies, we have decided on a similar measure to one presently in place in Hungary. It  will be a 1,200 ha limit that can go as high as 1,500 ha,” explained Irimescu.

Under EU agreement, Romania liberalized its farmland market on January 1, 2014 which enabled foreigners to freely buy local farmland. Despite growing interest in local farmland, local prices remain low. Farmland in Romania sells between EUR 2,000/ha and a much as EUR 18,000/ha presently, while in western Europe it can go beyond EUR 30,000/ha, according to Agerpres data. Given this, numerous foreign players – farming companies, banks or investment funds – have bought farmland in Romania over the past years much to the discontent of local farmers who complain of unfair competition. Out of the country’s 13 million ha of farmland (9 million ha are arable farmland) some 2 million ha are estimated to be owned by foreigners. Ever since the liberalization, the government has tried to put in place several measures to limit massive farmland acquisitions by foreigners, but farmers’ associations say these have produced little effect.

The minister said several other limitations will be introduced in the draft bill. Prospective buyers could have to prove that they have at least five years experience in farming and companies that at least 75 percent of their income is generated by farming related activities. “All these measures will set up a different framework for selling farmland in Romania,” said MADR’s head.