Irrigation: How Romania managed to destroy its main agricultural weapon against drought 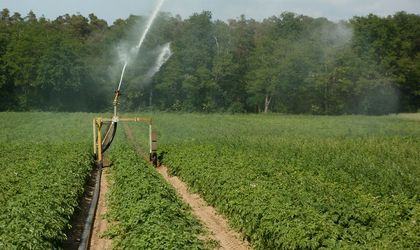 A decade after the Revolution of December 1989, Romania had managed to destroy almost all of its irrigation system, but in the last 10 years the country has tried to rebuild it with the help of funds from the European Union.

The problem is that the damage is already done, and in order to repair it, millions of euros are needed just to restore the irrigation system, and tens of millions to maintain it. However, the European funds for this year have been used up – of the EUR 200 million allocated, only less than EUR 5 million remain.

The National Irrigation Program will rehabilitate a total area of ​​2 million hectares of 88 viable care facilities including the following objectives:

“Investments for development, upgrade and adaptation of agricultural and forestry infrastructure” – the irrigation infrastructure component of the National Rural Development Program 2014-2020 is open until 31 August 2019, within the limits of the available funds, with an annual value of EUR 200 million. The cap for applications is up to EUR 300 million.

According to the Agriculture Ministry, allocated funds are not yet exhausted, although there is a larger number of potential beneficiaries interested compared to previous sessions. At this moment, EUR 4.1 million are available, with 301 projects submitted for a total value of almost EUR 296 mln. The overall objective of the Program is to rehabilitate the main irrigation infrastructure that will lead to an increase in the functional area of ​​the viable and viable marginal economic viability for irrigation at 70 percent in 2020 and 90 percent in the 2030 horizon and which consists in rehabilitating the main irrigation infrastructure in 86 viable facilities belonging to the public domain of the state, with an area of ​​approximately 1.8 million hectares, by the end of 2020.

“Irrigation systems are in an advanced stage of degradation and for 75 percent of the surface of these facilities, irrigation is not functional, while functional ones are inefficient in terms of water and energy consumption and costs for farmers,” a state study shows.

According to 2016 figures, irrigation systems in Romania were built up to 1990 – the irrigated surface takes up about 22 percent of the country’s agricultural area and about 34 percent of the arable land.

Currently, Romania has an area for irrigation of approx. 3.1 million ha. The actual irrigated area varies from one year to the next depending on precipitation. It is estimated that about 11 percent of the country’s agricultural area is covered by economically viable or marginally viable irrigation networks. There are also regional differences, especially as a reflection of a variable pattern of precipitation and irrigation needs. The northwest, west, and center require less irrigation water, while the southern and southeast, water-affected areas, enjoy greater irrigation coverage.

A study by the Agriculture Ministry has shown that since 1961, the areas most affected are located in the south, southeast and east of the country – the areas where the locals have destroyed their irrigation systems themselves by cutting them into pieces.

Moreover, it has been estimated that from 1980 to 2011, Romania suffered average annual weather-related losses of USD 8.45 million (0.26 percent of GDP), of which 34 percent were drought-related. The main risks that Romania faces in the short and medium term consist of a significant increase in the average annual temperatures, a decrease in precipitation and a higher frequency of extreme climatic events.

The agricultural sector would be the most affected by floods, droughts or other adverse climatic events. The need for water in the earth increases from one year to another.

A significant part of Romania’s agricultural area is experiencing the negative effects of drought, insufficient water reserves and poorly functional irrigation facilities. The absence or high degree of depletion of the irrigation infrastructure led to approximately 48 percent of the total agricultural area (7.1 million ha in 2006) being affected by these phenomena (the most affected areas were the Campia Romaneasca, southern Moldova and Dobrogea).

Grain production fluctuated greatly over the period 2000-2012 – 2007, a drought year, is associated with one of the lowest performances, while 2012 (a favorable year) is the opposite. In 2012, production was 1.5 to 3 times higher than in 2007, indicating the magnitude of the climate impact.

The negative effects of this phenomenon are mainly reflected in the low yields of the main crops (35-60 percent of the potential).

Investments in the rehabilitation of the main irrigation infrastructure will generate macroeconomic effects mainly in obtaining a net income increase compared to the pre-rehabilitation situation.

From the calculations regarding the value of the agricultural production obtained on lands with irrigation facilities compared to the non-rehabilitated, there could be a net benefit of approx. EUR 19.58 mln. / 100,000 ha.

The calculation was made on a general crop for Romania’s agriculture, taking into account the average market prices of agricultural products.

In the calculation of costs, a number of expenses related to the price of water, transport, materials, electricity, etc. were taken into account.

How we stand on irrigation systems

Romania has 10,630 km of adduction and distribution channels, 26,700 km of buried pipeline networks and over 2,700 floating and fixed pumping stations.