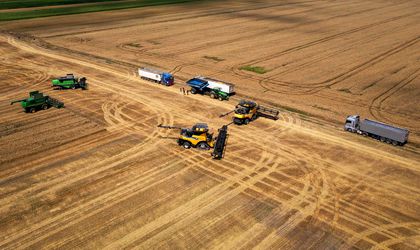 Holde Agri Invest, a Romanian company operating farmland, announces the completion of the acquisition of a new farm in Dâmbovița County, Conțești commune.

The farm has an area of 2,100 ha of land and becomes the fourth core farm of Holde, after Roșiori, Videle, and Frumușani.

“Our plan for the successive expansion of the operating farmland area continues. With the addition of the new farm within Holde, we have reached a total area of almost 12,000 hectares. Our business model remains the same – we identify crop farms that need additional capital or have the potential to optimize their performance and turn them into operational, modern, and efficient farms. At the same time, the transaction announced today is a premiere, as it marks the creation of the fourth core farm of Holde, which will be called Conțești. Thus, with the addition of this new core farm to our portfolio, we are delighted that we have already managed to achieve one of the objectives set for this year. In the agricultural year 2021-2022, we plan to cultivate on the Conțești farm crops such as wheat (395 ha), rapeseed (320 ha), sunflower (350 ha), corn (415 ha), and barley (620 ha),” stated Liviu Zăgan, CEO of Holde Agri Invest.

The value of the transaction is 10,25 million lei, of which Holde will effectively pay 250 thousand lei. The remaining 10 million lei represent liabilities that Holde will take over, the objective being that they will be significantly reduced in the next four years, based on a turnaround program planned by the group. The lands within the farm are leased and well merged, this being one of the main reasons for making the acquisition. The farm has its own base, and machinery that will enter the modernization process according to the operational standards of the Holde group. 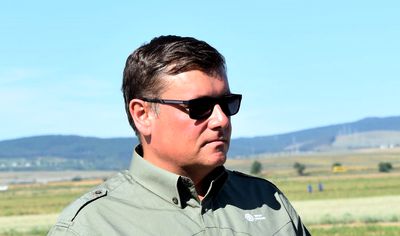 In 2021, Holde Agri Invest carried out an investment program of approximately 53 million lei, financed from its own and borrowed sources, respectively bank loans and financial leasing contracts. Investments in technological equipment and the purchase of farms, implicitly expanding the operated land area, were the investment program’s main pillars.

Holde Agri Invest shares are listed on the AeRO market of the Bucharest Stock Exchange as of October 1, 2020, and are traded under the HAI stock symbol. The company has a market capitalization of over 100 million lei, and as of October 11, 2021, HAI shares are included in the BET-AeRO index developed by BVB for the AeRO market. In this index, Holde holds the second largest share.