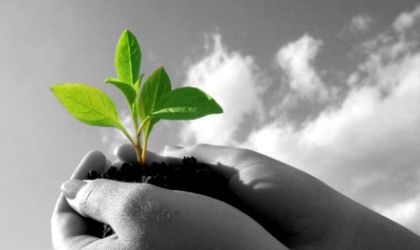 Romania is one of Europe’s largest exporters of agricultural commodities such as wheat and corn, with a total production of 19 MMT of corn, and 14 MMT of wheat in 2019. Whereas with last year’s harvest, Romania came out as the leading European exporter of corn, flower seeds and soybeans, and as the second largest exporter of wheat in Europe next after France. Most of the Romanian grain exports had destination outside the EU, with North Africa and Middle East as top buyers of the Romanian harvest. Entering April, and the ban of export out of Romania, the European fintech company Commoditrader, in collaboration with Romanian Exporters, estimates that Romania had reached approximately 86 percent of the targeted wheat export for last year’s harvest and 67 percent for the corn exports program.

While the ban had been implemented, concerns in the sector rose, and EU put pressure on Romania, thus the EU Agriculture Commissioner Janusz Wojciechowski had been commenting on the situation stating that “The Commission does not have any information, which indicates that Romania is facing or will soon face shortages of agricultural products intended for human consumption”.

The pressure exerted by the European Commission, together with the major financial losses that Romania would have suffered if halting exports for one month best, and a high potential for insolvency growth in a crisis-ridden economy, determined the Government to return on the decision one week later, reopening the market for export.

Forecasts for the new harvest however shows signs of the tightest market has been since 2014/15, and with drought in both key areas in the US, France, Russia, Ukraine and Romania the global market is bullish even when encountering for a potential lower demand due to the corona virus and a global recession. In France as an example, the planted area is down 7.5 percent from last year to a 17 percent low.

The lack of predictability and continuity in the governmental measures taken on grain exports,together with the state of emergency with social distancing as premier measure to combat the spreading of COVID-19, the agricultural sector is looking for new ways to ensure the sustainability of their businesses. Thus, while traders were highly focused on the export ban due to the corona virus in the last week, farmers were to an even higher extend focused on the bullish factor of the current draught in Romania and surrounding countries.

While the market is facing uncertainty and volatility, social restrictions and a weakening economy are changing the market-making mechanisms of the entire supply-chain, creating shortage challenges and price uncertainty. Farmers, livestock producers, traders and food producers are adapting to the new reality with a re-routed supply-chain and is quickly embracing the utilization of a digital trading platform for agricultural commodities to better and more directly connect supply and demand.

“We are currently experiencing dramatic changes to some of the fundamental mechanisms in the market. On the Commoditrader platform we see a significant increase of activity from a multitude of market participants with the need of a new channel to sell and buy agricultural commodities. With the European agricultural sector already in the midst of a digital evolution, we believe that the current situation could ignite a deeper and faster digitalization of the Agri trading market creating a more direct and less vulnerable supply-chain,” concluded Ida Boesen, co-founder of Commoditrader.

The Commoditrader platform creates better market access in an optimized way, where digitalization limits the distance between buyer and seller and gives the possibility to compare prices and other contractual terms, domestically as well as internationally, to increase negotiation power of farmers, and give traders easier market access.