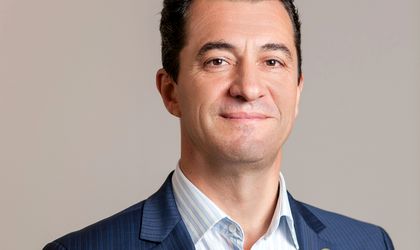 Florian Ciolacu, the executive director of Romanian Farmers’ Club for Performant Agriculture, tells Business Review about the measures that Brussels should take regarding the Common Agricultural Policy and how these decisions would impact Romanian farmers.

What can you tell us about the Romanian Farmers’ Club for Performant Agriculture?

The Romanian Farmers’ Club is a non-profit association that represents the high-performing farmers in Romania. It is actively involved in the representation of farmers in relation to authorities in Brussels and Romania, to express the farmers’ point of view regarding legislative changes that concern them and have an impact on their activity and on Romanian agriculture.

The Club’s activity is centered on projects based on farmers’ needs. The projects target the legal, fiscal and technology fields and aim to identify solutions that will respond in a concrete way to the problems farmers are facing.

What should Brussels do about the Common Agricultural Policy (CAP)?

The main priority is to adopt the budget, namely the Multiannual Financial Framework, which has been delayed. Without the budget being allocated to the Common Agricultural Policy (CAP), the reform of this policy cannot be agreed. As for the CAP, the budgetary issues need to be clarified from the very beginning.

I want to  mention the external convergence of direct payments between farmers in different Member States, respectively for those states below the European average, which has a direct impact on Romanian agriculture, the budget increase to support rural development, which was the most affected (the proposal is for a 15 percent reduction) and the capping of direct payments. In addition to budgetary issues, the risk of CAP nationalisation should be considered, as well as the simplification of the CAP.

It should be clear to everyone involved that it’s important to avoid the risk of CAP nationalisation as a result of the proposed reform to increase subsidiarity, which can lead to 27 agricultural policies in 27 Member States and hence to different financial support among Member States. Another important topic of the CAP reform is convergence, namely the reduction of the east-west gap in terms of the value of direct payments to farmers – in this case, the external convergence.

In Romania, the basic payment by surface increased this year from EUR 170/hectare to EUR 195.5/hectare. In the new CAP reform, as a result of the continuation of external convergence, the direct payment would increase to an average value of EUR 215/hectare.

How will these decisions affect Romanian farmers?

The most important effect will be the continued alignment of subsidies among farmers in different Member States, namely external convergence. If the European Commission’s proposal is implemented, Romania would receive an additional EUR 180 million annually or EUR 1.26 billion in 7 years, which would have a beneficial influence on the development of agriculture and the countryside.

This new form of CAP brings both challenges and opportunities. Due to the special attention given to environmental measures in the new CAP, Romanian farmers will have the opportunity to invest in high-performance equipment, which does not pollute the environment and ensures low pesticide consumption.

Through digital agriculture solutions, farmers will be able to make decisions based on information collected by sensors, and they will be able to permanently monitor agricultural activities and streamline the production and operational costs. Moreover, the costs of investments will be supported through the environmental and climate financing programs in Pillar II of the 2021-2027 CAP.