BBC: The story of a farmer who had to build a robot because he couldn’t find good employees 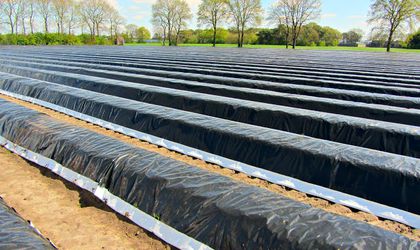 It seems there are few jobs robots can’t do these days, even the most delicate jobs, like picking asparagus or potting plant seedlings. But they’re only needed because humans can’t – or won’t – do the work, farmers say. A BBC documentary shows how robots replace man labor.

The documentary shows Marc Vermeer, a farmer that had to build a robot in order to be able to finish everyday work at its white asparagus farm in Netherlands.  He was struggling to attract workers.

White asparagus needs to be picked at a particular moment while it is still under the ground, otherwise it turns green.

It is often difficult to detect and can be damaged easily.

So in 2000, fed up with his situation, Marc challenged his inventor brother Ad to make a robot to replace human workers.

Ad had been designing intricate machines for decades in the semi-conductor industry. They came up with some ideas to try, but nothing worked.

Fourteen years later and facing increasing labour problems, Marc insisted that Ad should now be able to come up with a machine that could “see” deep into the ground to pluck out the asparagus as well as a human.

“But these complex hi-tech machines get more and more feasible to develop because technology is improving.”

“Marc knew the asparagus farmers and he had experience with sales,” Ms van Vinken says.

“The deal was Marc does the commercial part, Ad does the development, and Therese takes care of the money.”

But the day after celebrating the company’s legal incorporation on 11 December 2014, tragedy struck.

Marc, a 51-year-old father of three, suddenly became ill with meningitis. He was placed in an artificial coma for several days.

“One of the first things that his wife Anita said to us was that when Marc was out of the coma he was constantly talking about that machine,” Ms van Vinken says.

But Marc never lived to see the robot working in his field. He suffered a cerebral haemorrhage after leaving intensive care and died within 10 minutes.

In shock, and with no idea about the farming side of the business, Therese and Ad thought about giving up.

But with hundreds of thousands of euros in subsidies already spent, they knew they had to push forward.

Today, they have sold their first commercial machine to a farmer in France. The three-row version can replace 70 to 80 human pickers.