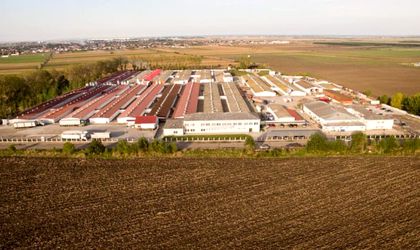 The National Sanitary Veterinary and Food Safety Authority (ANSVSA) has notified The Anticorruption Department (DNA) in connection with suspicions of the crime of abuse of office, corruption and service offenses, crimes against the financial interests of the EU and frustration of disease control, the approach being made following epidemiological controls carried out at Premium Porc SRL – Goleşti Jud. Vrancea, the second largest producer of pork on the local market. The institution requires both the investigation of the facts and the identification of those involved, including civil servants, employees of ANSVSA or county health departments. Earlier, a notification was filed with the General Directorate for Fiscal Antifraud regarding “abuses and illegalities” committed at the pig farm in Goleşti. The complaint referred to the illegal collection of compensations and subsidies from the state budget, according to News.ro. ANSVSA notified DNA at the end of January in order to investigate and identify the persons, including civil servants employed by ANSVSA and the county DSVSA, for whom there is a suspicion of committing the crime of abuse of office, corruption and crimes against the financial interests of the EU and the fight against disease.

The Authority’s approach is the consequence of an address of the General Directorate for Animal Health and Welfare – Disease Monitoring and Notification Service within ANSVSA, according to which following an epidemiological investigation at Premium Porc SRL – Goleşti Jud. Vrancea, they identified aspects that could be of a criminal nature. Previously, another complaint was submitted to the General Directorate for Fiscal Antifraud (DGAF), also referring to the Goleşti farm. The notification to DGAF recorded violations of the sanitary-veterinary legislation and of the fiscal legislation, referring to the illegal collection of compensations and subsidies from the state budget from Romania’s share of EU funds, for the eradication of swine fever and for animal welfare.

On January 4, Premium Porc SRL announced an outbreak of African swine fever detected at its farm in Vrancea. “The virus was confirmed following the samples taken by veterinarians and sent for analysis to the National Reference Laboratory for Classical Swine Fever and African Swine Fever, on January 2, 2021. In order to keep this case isolated, the immediate measures of control and protection, in accordance with the legislation in force, have included the introduction of the farm in quarantine and will continue with the process of slaughter and neutralization of the approximately 30,000 animals. This process will be followed by the sanitation and disinfection of the farm. The company is in permanent contact with all the competent authorities and will respect all the decisions that are required in such cases “, according to a press release note posted on the company’s website.

On January 22, in another statement, the company announced an outbreak of African swine fever identified on a farm in Sibiu County. “An outbreak of African swine fever was identified at the Venturelli farm in Sibiu County. The virus was confirmed following the samples taken by veterinarians and sent for analysis to the National Reference Laboratory for Classical Swine Fever and African Swine Fever, on January 20, 2021. According to the legislation in force, the farm was immediately quarantined and will the process of slaughtering and neutralizing the approximately 29,000 animals begins. This process will be followed by sanitation and disinfection of the farm “, the company states.

“It is a difficult situation and it is very hard to believe is happening to us. We have taken so many biosecurity measures not to get here. We have been constantly audited by international experts in PPA / biosafety, and yet this sad event has happened. We want to get out of this situation as soon as possible in order to continue a business built for 15 years with effort and a lot of soul from everyone. We want to emphasize that we are here, we will stay here and we will continue. We are responsible for the 500 colleagues, for their families and we still want to ensure fresh, quality meat on Romanian tables. We urge everyone to continue and intensify efforts to comply with biosecurity measures, both on and off farms”, said Lars Drescher, CEO of Premium Porc Group.

According to a an journalistic investigation by sursazilei.ro , tinyurl.com/cqvcc3bj, sources in the market described an illegal mechanism through wich the company obtained subsidies and compesations and expressed fears that such an behavior could affect the entire sector. All the allegations were dismissed by the company via a press release. In the last decate, the companies owned by DHC International benefited from dozines million euros in european and local subsidies.

Premium Pork Group is the second largest pork producer in the local market, after the American giant Smithfield Foods. DCH International Group, the founder of Premium Porc Group in Romania, had in 2019 a turnover of over 91 million euros, with a profit rate before interest and taxes (EBIT) of 23%, according to Profit.ro. The DCH Group, established in 2006, includes ten companies with vertically integrated activity in agribusiness, covering cereal production, feed production and pig breeding, in 9 own farms located in the counties of Brăila, Braşov, Constanţa, Olt, Sibiu and Vrancea. The company currently has over 475 employees in Romania. Premiun Porc gatherd international atention lately in the industry as one of the companies in the sector with an over de median rate of profits.