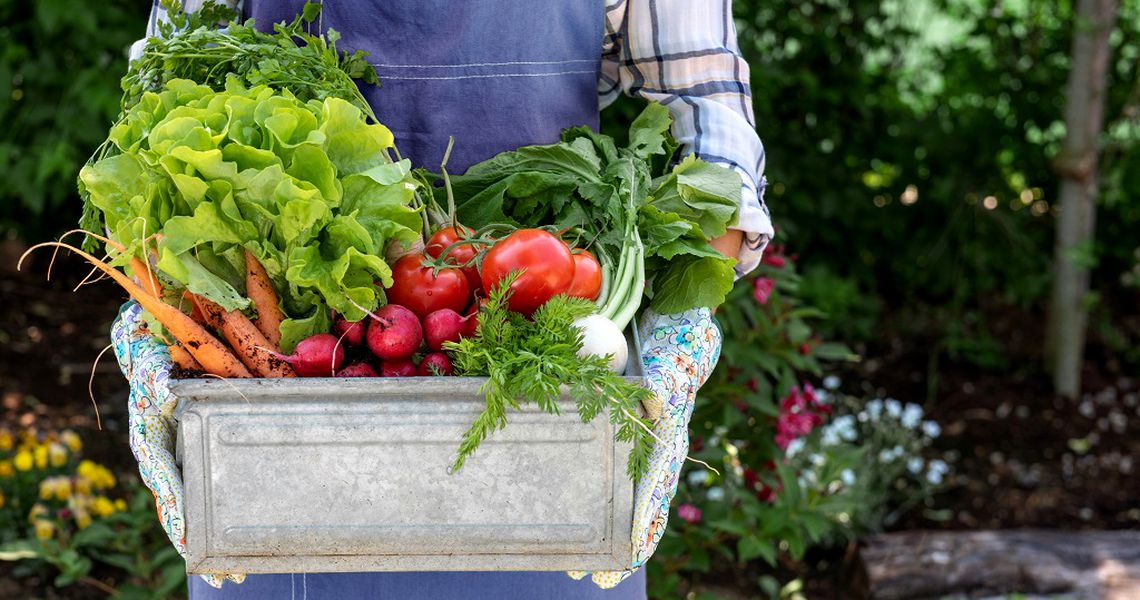 Critics say Romanian agriculture is still stuck in the 19th century when it comes to marketing its products. Although it can boast of good yields per hectare, both for fruit and vegetables, Romania cannot maximize crops, and that’s because it lacks the food chain to deliver quality products.

In recent years, hypermarkets in Romania have created special sections for local products, so some farmers who have had the economic power to negotiate with them have sold their fruit and vegetables there.

Unfortunately, Romanian farmers are not organized in any legal form of association, and for this reason most of their products are sold in markets or even at the front gate. So, critics say, the current minister of agriculture, Petre Daea, came up with the idea of interfering with the economic chain and destroying the competitive market, sending Romania back to communism. The Romanian state has set up Unirea Agro-Food House, a state company, which is supposed to gather from farmers produce to be sold through its own food chain, just as happened under Nicolae Ceausescu.

Emil Dumitru, vice-president of the Pro Agro National Federation, says that Romania has not organized farmers at all, although it has a few million of them. Most are subsistence farmers who own no more than half a hectare, and farm for their own consumption.

“We have not organized farmers and we do not have an organized market. We have not yet discussed what measures should be taken to stop selling raw material products. We shouldn’t brag about the absorption of European funds if we do not have economic impact, if we do not convert raw materials into processed products that have added value. At the moment, we should finance the food industry so we can move on to the enormous economic step that will help farmers,” Dumitru said.

BACK TO THE BAD OLD DAYS

The vice-president says that the newly established state-owned company is a catastrophe that represents a big step back, a return to communism. “What is its purpose, to create jobs in the public sector? The Agribusiness House only interferes with the proper competition in the market. Let us better generate state aid to stimulate farmers’ association so that they can have more negotiating power with the big players on the market and get the best price for the products they sell,” said Dumitru.

The farmer is also calling for a package of legislative measures to support the agri-food market. “Some 80 percent of civilized trade takes place in major commerce chains, so everything that meant proximity commerce has almost disappeared. The Romanian government is proud to have good products and record production, but we have a trade deficit in this sector of over RON 1.6 billion. This is the business card of Romanian agriculture,” said the Pro Agro Federation official.

STATE OF THINGS TO COME

Unirea Agro-Food House, the state company, will take the produce from Romanian farmers, whether they are organized or not, and sell it on the market.

“Some of the produce deteriorates, and some is sold for below market price, much more often because of the lack of an intermediary. It’s hard to get into supermarkets, they’re very demanding, and very good, because it urges us to work more carefully and to be more competitive. You see on the street a whole series of farmers who take their fruit and vegetables out to be sold for a few lei,” the minister of agriculture said recently.

The Agro-Food House will have three pillars: a national network of territorial agricultural clusters integrating at one or more ATUs the local agricultural production resources and specific services, with at least one center for collecting / distributing the products; a network of regional centers for storage and industrial processing; a national network of shops developed especially in high-consumption centers, capable of providing the domestic market with fresh and processed agri-food products of domestic origin, contributing, among other things, to balancing the sectoral trade balance.

Romania will also have an Agency for Quality and Marketing of Agro-Food Products. This will be established as a public institution, financed from its own revenues and subsidies granted from the state budget, and will come under the umbrella of the Ministry of Agriculture and Rural Development.

The main objective of this institution, which will begin operating next year, is to increase the number of quality systems recognized at European level for Romanian agro-food products and product certification according to voluntary quality schemes established at national and European level to promote them.

Last year, Romania had the lowest food prices among EU countries, 34.6 percent lower than the EU average, according to data released by the European Statistics Office (Eurostat).

And price is one tool that could encourage local consumers to eat more organic food. Of organic products, 4 out of 10 shoppers buy them between 10 and 30 percent of the time, and only 2 out of 10 between 30 and 50 percent. Factors that would persuade Romanians to buy more organic products are: a lower price (42.4 percent) and the safety of chemical-free produce (43.4 percent).

“Under these circumstances, we believe that a campaign to educate the public about bio-food technologies is needed, namely that chemical fertilizers are not used and therefore there are lower yields; and that no pesticides are administered, meaning the crops are more vulnerable to diseases and parasites, so there are big risks for farmers,” argues Crenguţa Barbosu, manager of agriculture and rural development at World Vision Romania.

Prices rose this year, as the weather overwhelmed local crops, both in greenhouses and in meadows. And here we are talking about raw products as well, because, pundits say, Romania does not know how to take advantage of crops and give them added value.

According to the farmers in the Matca vegetable basin, Romania is lacking a short supply chain, which would cut out the intermediaries and bring the products faster and better to the final buyer. But Romania faces another problem: the shopper here does not know what an organic product is.

Three quarters of Romanians understand organic farming to mean healthy, additive- or chemical-free products. Even more respondents, 77.8 percent, say they buy organic products, without actually knowing if they are certified as such, according to a World Vision Romania study.

In order for the bio-products sector to be able to reach its development potential, experts say it is necessary for all stakeholders to collaborate – manufacturers, processors, retailers, certification bodies, the authorities – in order to draw up a Country Strategy on organic farming. Romania does not currently have such a national strategy, and there is no dialogue between the parties involved on this issue.

The value of the organic farming market in Europe is EUR 37 billion, of which Romania’s piece of the pie is small. Its natural potential is underutilized, and the country currently has only 2 percent of the area earmarked for organic farming.

“Keeping conventional farmers informed about the ecological and economic benefits of organic farming as well as a campaign to promote organic products would make the difference between myth and reality in this area. In order to attract consumers, it is necessary to present the relevant information to them in a transparent way, namely the presentation of the benefits of organic products for health, the environment and the sustainable use of resources,” said Barbosu.

The way in which almost half of the respondents (47.5 percent) ensure that the product they buy is organic is to check if it is written on the label, and a quarter of the survey participants check that the product is labeled as EU certified.

“The perception of the majority of Romanians surveyed is that organic means peasant products, by the small producer, which is not always true. That is why we believe that more information should be available to the general public, the potential consumer, about what organic products and agriculture mean,” added Barbosu.

Large supermarkets have increased the number of organic products on the shelf by setting up special green areas. However, the number of organic products present in major supermarkets in Romania varies between 200 and 500 compared to 1,200-1,800 in the same supermarkets in Western Europe. At present, local supply from manufacturers that can deliver competitive organic products to market standards is limited to this segment, but retailers hope it will grow in Romania in the coming period. Organic farming is a dynamic sector in Romania, and has seen an upward trend in recent years, as evidenced by the increase in the area cultivated with permanent crops (orchards, vines, fruit bushes, nuts, etc.) from 3,093 ha in 2010 to 13,165 ha in 2017.

FRUIT OF THE EARTH

The most recent data about Romanian farming, on the Agricultural Ministry site, are from 2016. According to those data, 228,100 ha of land was cultivated with a total production of 3.3 million tons of vegetables.

In the fruit sector, Romania had 138,000 ha, with a total production of 1.2 million tons. Apples and plums were cultivated on more than three quarters of that land.