500 km of Romanian border under video surveillance with special cameras 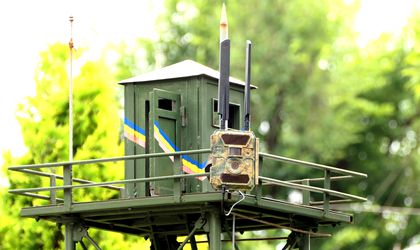 Romania shares over 2,000 km of border with non – EU countries, with important segments transiting mountainous and forest areas, where border surveillance is difficult. With the help of the surveillance cameras donated in the last two years by BAT, more than 500 km of the border subject to continuous fraudulent crossing attempts with significant quantities of cigarettes will be more easily monitored.

In the first 9 months of 2022, Romanian authorities seized over 60 million cigarettes, with a black market value of over 38.5 million lei (over 7 million euros), according to www.stopcontrabanda.ro data, the only real-time centralizer of the contraband cigarettes seizures in Romania.

“The descending evolution of the illicit cigarettes market over the last three years, with a historical minimum level of 6.1% recorded in July 2022, highlights that things can change for the better through sustained and joint efforts of the authorities in partnership with the business environment. The 550 special surveillance cameras donated by BAT contribute to strengthening authorities` capacity in combating illegal traffic and, hopefully, to maintaining this positive trend in the future”, said Ileana Dumitru, Legal and Public Relations Director of the Central South Europe Area at BAT. 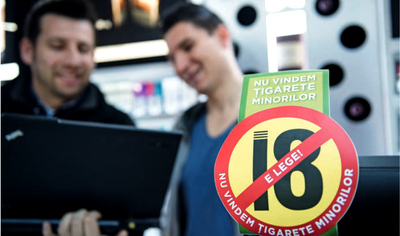 According to Stop Contrabanda platform, more than a third of the contraband cigarettes seizures in the first nine months of 2022 (23 million cigarettes) were made at the North-Eastern and North-Western borders of Romania, with Ukraine and Moldova being the sources for several types of cigarettes present in the Romanian illicit market, especially the counterfeit cigarrets or those destined for duty free shops.

„The decrease in the level of illicit cigarette smuggling in recent times is based on measures to strengthen the surveillance of the country’s external borders, both with human resources and specialized equipment following the conflict in Ukraine. In this context, I welcome the collaboration with the BAT which supports this effort of the Border Police to secure the borders, including by donating surveillance cameras for the second consecutive year. It is a joint benefit that serves the interest of citizens and demonstrates that the partnership between the authorities and the private sector is a viable and timely one”, said Victor – Stefan Ivascu, the Inspector General of the Romanian Border Police.