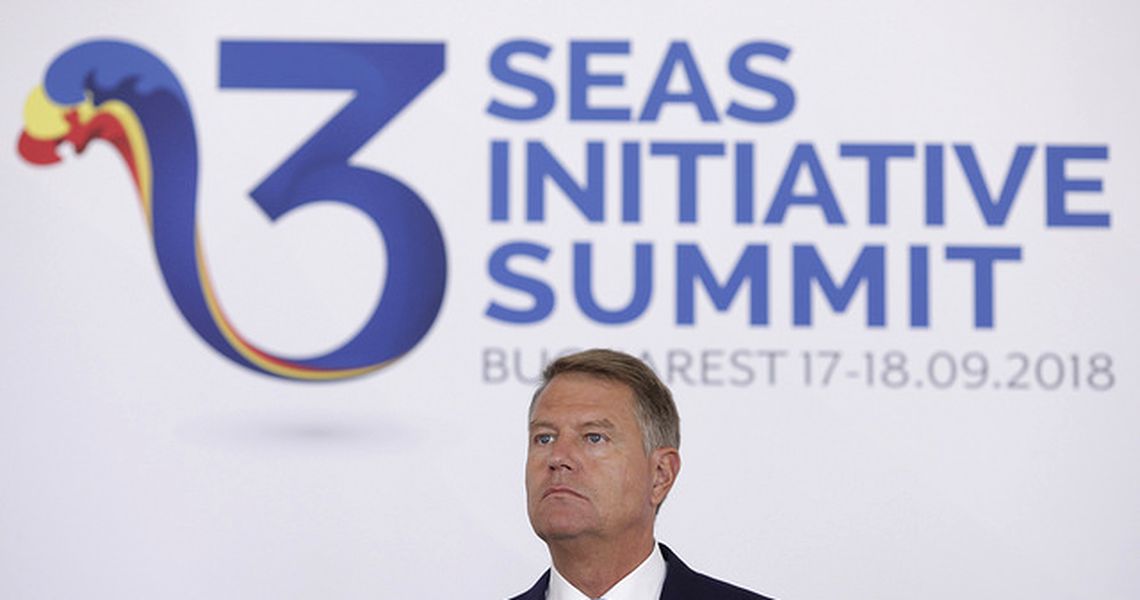 The US and the EU representatives have urged at the Bucharest Summit the leaders of the 12 member states of the Three Seas Initiative (3SI) to focus more on energy security, trade cooperation and investment to sustain development, amid concerns regarding the rule of law in the region, but have showed large disagreements on how energy security could be strengthen.

One of the main participants at the 3SI Bucharest Summit was the US Energy secretary Rick Perry, who pointed out that energy security is vital to the national security of each state, and energy should never be used as a means of intimidation or as a threat to national security.

He mentioned Russia’s aggressive attitude as the leading supplier in Europe and announced the launch of the Partnership for Transatlantic Energy Cooperation.

In order to make them more cooperative, the US promises to its allies in the region investment and security.

“I assure you that the US is considering infrastructure projects, defense, technology and digitization, in other words, we support this initiative. American investments in this region amount to USD 26 billion and are steadily increasing, so we are following with interest the developments in your region,” Richard Morningstar, founding director of Global Energy Center, told the participants at the Summit.

But some European participants seem disagreeing this American approach on energy security.

The Austrian president even claimed in Bucharest that Nord Stream 2, aiming to supply Germany with Russian gas by avoiding Poland and the 3 Baltic states, is strengthening the gas security.

“Providing energy for European citizens must be a common goal, which requires diversification of energy resources and transport routes. We need both. North Stream 2 is an important example of diversifying these efforts. We also appreciate the BRUA project,” Austrian president Alexander van der Bellen said, cited by Mediafax.

This attitude is in sharp contrast with the American position.

“Energy security leads to global security and that is why energy diversification and free markets are pivotal. If built, the Nord Stream 2 pipeline would concentrate two-thirds of European gas imports from one source, Russia, which is why President Donald J. Trump staunchly opposes the pipeline,” US Energy secretary Rick Perry recently said.

However, the 12 member states of the initiative managed to agree on a short list of priority interconnection projects in three key areas – transport, energy and digital, but the final Joint Declaration is full of “under condition” terms.

The participants “encourage interested Governments, businesses and financial institutions to work together for their swift implementation” and “invite all interested stakeholders to cooperate in attracting the necessary financial means for the 3SI projects, including the identification of all possible EU and other funds for their implementation”, according to the Joint Declaration released by Romania’s presidency.

The only concrete projects are the signature of a Letter of Intent “in relation to the establishment of the Three Seas Investment Fund by relevant financial institutions intending to participate in the Fund” and the creation of the 3SI Network of Chambers of Commerce, with the objective to facilitate contacts among business communities in the region.

But this common fund could be seen like a competitor for the Sovereign Funds that some countries in the region are trying to develop in order to finance different politically oriented projects.

This regional competition is seen by many as the region’s main weakness. In energy, several countries, including Romania, are trying to become regional hubs and jeopardize the chances of their rivals.

“Romania has the potential to be a regional energy platform that contributes to both regional and European energy security,” Romania’s Klaus Iohannis said in a speech at Bucharest Summit.

The Three Seas Initiative is a flexible political platform, at Presidential level, launched in 2015. The Initiative includes the 12 EU Member States located between the Adriatic, the Baltic and the Black Seas: Austria, Bulgaria, Croatia, the Czech Republic, Estonia, Hungary, Latvia, Lithuania, Poland, Romania, Slovakia and Slovenia.