BR’s 19 People to watch in 2019: Marius Ursache – From digital advertising to innovating 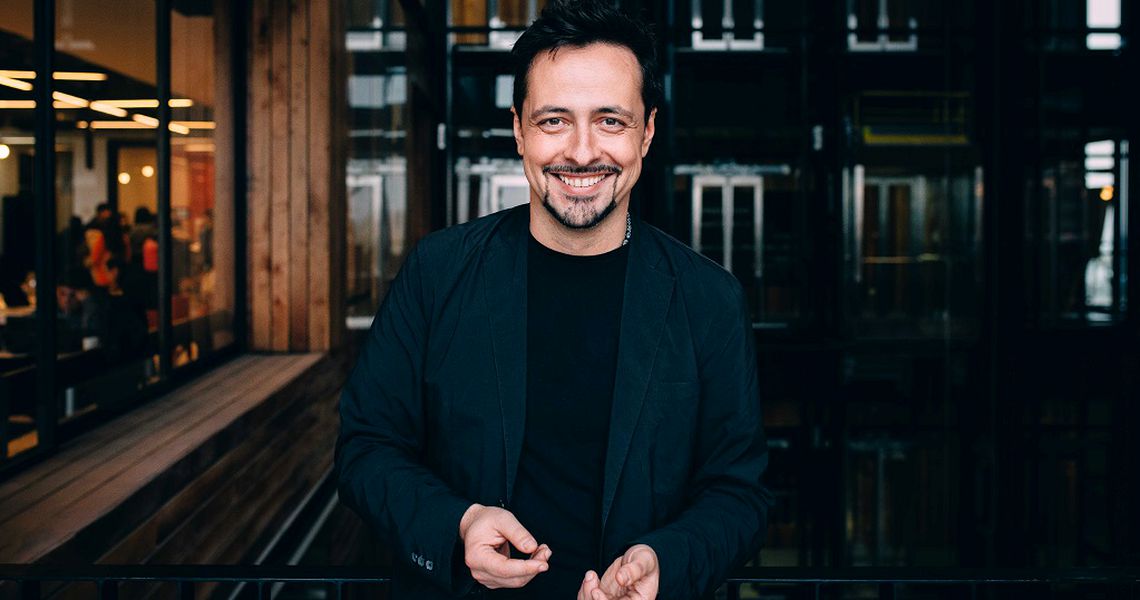 He should have been a successful plastic surgeon; however, at 17 he landed in media and advertising, and in recent years he has been a tech nomad.

Starting out as a caricature artist at a radio station and afterwards working for a national media group, he later on became a designer and art director for agencies in Great Britain and the United States. In 1999, at only 22 years old, Marius Ursache founded Grapefruit, one of the top branding and digital agencies in Romania. In parallel, he studied design in New York at the Sessions.edu and later on with Milton Glaser at the School of Visual Arts, communication and PR at SNSPA Bucharest and digital as part of his European Masters in Interactive Multimedia.

He has won an impressive number of international awards, including the Brand Leadership Award at the World Brand Congress 2009. He is a founding member of the Creative Industry Association and a member of the Romanian Institute of Information Architecture (IROAI) board.

Marius Ursache is different and stands out in the Romanian business environment. Even he created some successful businesses, he is always trying something new and ready to invent and put a different spin on things. He tries to see as much of the world as possible and exposed himself to as many culture shocks as possible. He learned Spanish using Tinder in Chile, ran a full-marathon in North Korea. survived frog poison with the Matses tribe in the Amazon, got scarred by the Mursi tribe in Ethiopia, cooked tajine for fishermen in Taghazout, Morocco and, all of that, while being a speak and mentor frequently at MIT, Singularity University (a reality that he would compare to working at Hogwarts, the magic university in the Harry Potter universe), Ars Electronica, and other universities or startup programs around the world. 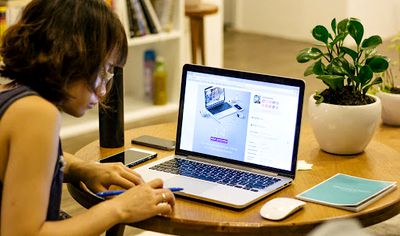 Read more about
B2B Branding: 5 Strategies for Your Company to Implement
read more

For the last twenty years, Ursache has worked in healthcare, design, marketing, fintech, innovation consulting and Artificial Intelligence. He has founded four companies and an NGO pursuing these interests. The latest one, Eternime, is a pioneer in digital immortality and creates digital replicas of people based on their digital footprint. In January 2014 Ursache was one of the 120 people accepted into MIT’s intensive program for entrepreneurs. “It seemed the best opportunity to take the crazy ‘Skype with the dead’ idea to the next level and get onboard with the mavericks that could bring this absurd thing closer to being real,” Ursache wrote on medium.com, explaining how the idea of Eterni.me came to be.

After choosing the team, the idea came closer to reality when the founders turned it from an app to reconstruct a dead person’s mind from a minuscule digital footprint, into a tool that you could use for the rest of your life to collect all your thoughts, stories and memories. Soon after the launch of the website describing the idea, the Boston Globe picked it up and wrote about it, followed by CNN, FastCompany, Wired, NBC, Times of India, The New Yorker, BBC and other outlets. Within 48 hours, more than 3,000 people had registered on the website, , surpassing the creators’ biggest expectations. But after the MIT experience ended, the project was in jeperdy of doing the same. Still, Ursache felt that Eternime deserved a leap of faith. Therefore, he quit his job at Grapefruit and applied to Startup Chile, an accelerator program financed by the Chilean government. Eternime was one of the 100 startups selected out of 2,500 applications, therefore he moved to Santiago Chile and started another chapter of this business career, fully committed to build a strong team and continue the project. After that followed months of being in Boston, San Francisco and Los Angeles, looking for the perfect partner, which he found in the person of Laurian Gridinoc, someone with whom he turned out to have a lot in common, including a similar business path.

But Ursache didn’t stop here. Besides Eternime, he launched Metabeta, a portfolio management suite for startup accelerators and early-stage investors. It streamlines deal-flow and diligence, tracks company metrics and portfolio performance, increases the engagement of mentors, partners, and alumni, monitors OKRs, etc; and The Disciplined Entrepreneurship Toolbox, an online tool for entrepreneurs, based on the Disciplined Entrepreneurship book and framework (by Bill Aulet) used by startups at MIT. It allows entrepreneurs to follow a clear process to validate their ideas, and also allows investors to track the progress of the startups have they invested in.  Therefore, for the past five years, Ursache has been working with accelerators, investors and startups. “It’s time somebody did something better to allow startups to access funding faster, and investors find better startups. After trying to patch together some systems for accelerators, we decided to build a new investment set of tools – a smart one,” he said, of the launch of Metabeta. Now, the team is split between Mexico, Romania and India. He spends two to three months per year in San Francisco/Silicon Valley, another two or three other months with customers and the rest at the company headquarters in Iasi.

“I recently had a conversation with an investor saying “you have to be in SF/Boston/NY to be a successful startup” etc etc. I don’t agree. You have to be where it’s good for your business to be—and in our case this is everywhere. Being in Silicon Valley is good, but overrated,” added Ursache.

So how does he get involved in all those innovative projects, is there a pattern or a structure he follows? Apparently not. “Grapefruit was pure stubbornness (it worked the 4th time I tried it over 2 years). Eternime was an accident. DEToolbox was an accident. Metabeta has been on my mind for 2 years before starting on it. I guess that if I’m willing to invest my nights, weekends, holidays and money into something, then it’s fine. I wish I had a wiser answer that could inspire others,” answered Ursache. And he has plenty of inspiration to go around, because he is always curious. “I try various new things (right now I learn to play the piano—I am not good at all, but I love that the progress is faster than in other fields where I am mediocre—progress is much harder there),” explained the entrepreneur.

As for his biggest recent business achievements, he points out that for the past five years he has been working a lot with various contractors around the world, in Australia, US, India, Ukraine, Macedonia. And that has proven to be an amazing experience and learning experience from working remotely, but having a full-time team near him is the biggest achievement, more important than profit.

“The product, the strategy, the vision might change, but with a good team you can build anything. My life goal is to build things that can impact (for the better) the lives of millions of people. That is value for me, not a billion dollars. I know it sounds like a cliché, but I could not care less. It starts with doing that for 10 people (customers), then maybe 1,000, then 10,000 and also considering the ripple effect. By helping 1,000 startups and considering the ripple effects, maybe I will help 1,000,000 people or more. But it’s a long way to go,” concluded Ursache.

Business 101: How to Tailor Your Branding to Your Audience

Marketing, social media and branding in the Metaverse era with expert Zoe Marais

Brandocracy, the branding and strategic marketing consultancy platform, tripled its revenue in the...