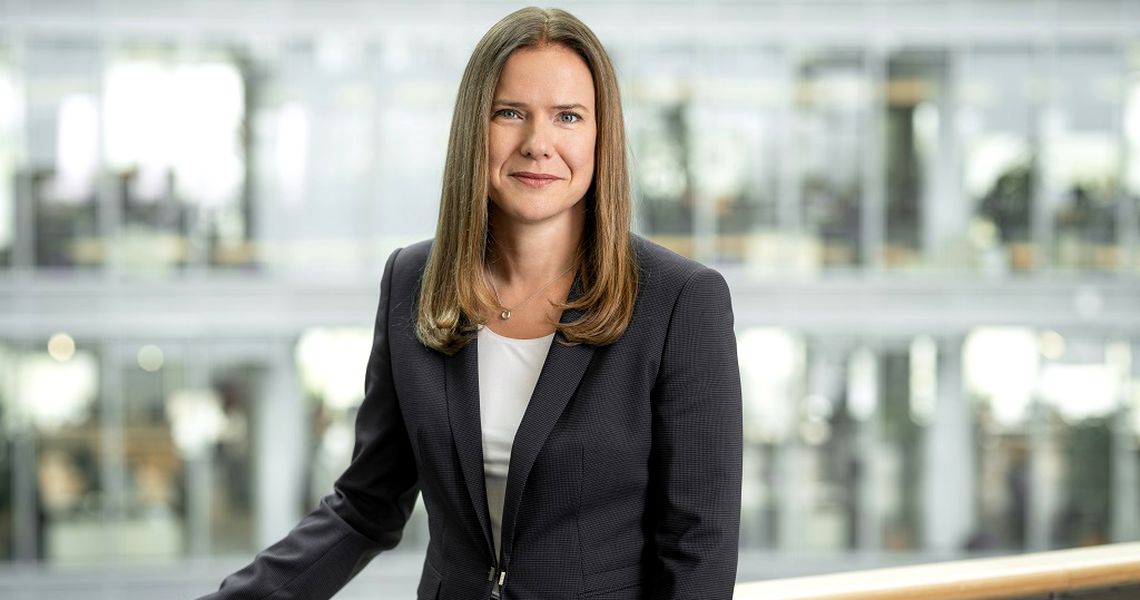 Christina Verchere has been the CEO and president of OMV Petrom, the highest-value company on the Romanian stock exchange, since January 2018. The company’s oversight board granted her approval for a new four-year term as CEO on March 15.

Verchere, 47, has had a 20-year career in the oil industry at companies including British Petroleum, where she was regional president and CEO of BP Canada Energy Group. She graduated from the University of Aberdeen in Scotland.

The value of consolidated sales in 2018 was RON 22.52 billion, 16 percent higher than in 2017 due to the increase in commodity prices and the volume of electricity sales, partly counterbalanced by lower volumes of sales of natural gas and petroleum products.

Downstream oil sales accounted for 76 percent of total sales, sales from downstream gas for 22 percent, and upstream about 2 percent. Investments worth RON 4.29 billion in 2018 were 44 percent higher than in 2017. These included mainly upstream investments of RON 3.15 billion in 2018 compared to RON 2.44 billion in 2017. Due to fiscal and legal instability, the CEO of the company faces tough decisions in 2019.

Read more about
Chef Adi Hădean extends the humanitarian project “Solidar Social” until the end of the year, providing warm meals to the vulnerable people in Bucharest
read more

For this year, OMV Petrom has already said it will reduce investments due to legislative instability. The firm announced RON 3.7 billion of investments in 2019, mainly in the upstream segment. “Our priority is to maximize the value of our upstream portfolio and we intend to reduce hydrocarbon production by 5 percent compared to 2018,” said the CEO.

OMV Petrom has also announced that its offshore investment project in partnership with Exxon is to be postponed until the requisite conditions are met.  “The Black Sea is a huge opportunity for OMV Petrom and also for Romania. But, to be able to move forward, we require a liberalized gas market, fiscal stability and key infrastructure. It’s an important project and we wish to move forward with it. This is why we will continue to negotiate with the authorities in order to find the best solution. Investors need stability and predictability. We need to know the value of the fiscal bill, and to be active on a liberalized market,” said Verchere.

The biggest donation in Romania

In February, OMV Petrom announced that it would provide record sponsorship of EUR 10 million to Asociatia Daruieste Viata’s project to build the first Pediatric Oncology and Radiotherapy hospital in Romania. The hospital is being built without any support from the Romanian state, using only donations from civil society and the private sector.

The construction cost is estimated at EUR 16 million, and equipment will cost another 10 million. Besides OMV Petrom, over 1,700 companies and more than 250,000 individuals have donated a total of more than EUR 15 million. “I think this is the largest amount ever donated in Romania. We hope that private companies won’t be the only ones to contribute in the future, but also the Romanian state,” said Oana Gheorghiu, one of the founders of Daruieste Viata. Of the EUR 10 million donated by OMV Petrom, half will be used to purchase medical equipment needed to diagnose and treat cancer in children: a radiotherapy machine, a CT machine and operating room equipment, as well as materials required for training medical personnel. The other EUR 5 million will be used for plumbing, electrical and interior design works.

OMV Petrom’s net profit in the first half of the year up 53...