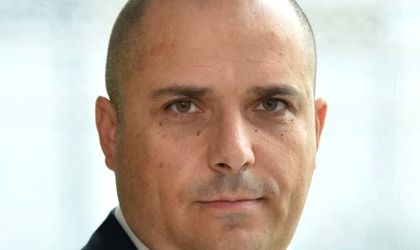 Digitalization means transparency in the fiscal area, with transactions that are more traceable. The pandemic forced the digitalization process and we keep the trend going if we want to keep the momentum, said Gabriel Tanase, Partner, Technology & Cyber Security, KPMG in Romania at BR’s 18th edition of BR’s Tax, Law & Lobby | Focus on Whistleblower.

What is important thing in terms of digitization and how can we secure information to eliminate risks?

I think the main advantage when digitizing in the fiscal area is transparency. Virtually all transactions that take place are much more traceable and much easier to track and tax. The goal is for the number of transactions to be as large as possible, to have a large-scale adoption. Here we have a series of steps taken both locally and in Europe. There is a NIS directive where e-commerce platforms are considered critical and go through some security checks and are required to implement a number of security measures to minimize risks in terms of unauthorized access to information and financial transactions.

There is even a legislative initiative to punish those who make unauthorized transactions on behalf of other people through electronic channels much more severely. A number of measures are being implemented to increase people’s confidence in such platforms, and I am not just referring to consumers, but also to sellers, who need to trust these platforms.

I think that trust is very important. In Romania, most smartphone owners used the device to access social media platforms, and online commerce and transactions were in insignificant numbers. I think people are not educated enough to use these for e-commerce platforms, which, especially in a pandemic period, can bring them clear benefits. What should be done is more media coverage, with positive elements. Hacking and all the problems are taken over immediately by the media, they are more spectacular, but they are not necessarily good for this activity. 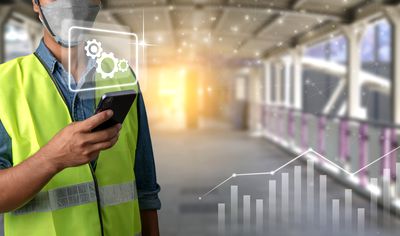 For this reason, security measures are also being implemented, but I believe that education is just as important and could be done by presenting the benefits and first models of success. Returning to the risks, it is clear that they exist. Especially when we are not educated enough in this field.

An example from Romania is when they clicked on an email link and got all their files encrypted files, and a company with a significant online presence had the activity blocked. The risks at first seem to be technical and difficult to get to the financial area. But there are direct losses from these attacks and there are also fines that can be taken, a percentage of turnover between 2 and 5%, for non-implementation of mandatory security measures.

There are already important steps taken in Romania and we can say that the pandemic has helped to digitize. Such an push was needed and we must continue this process, including in the area of ​​public authorities. We also saw a significant increase in the number of transactions on Ghiseul.ro. These are steps in the right direction and we need to communicate well to increase trust.

What is the impact of the pandemic on cybersecurity and whatproblems have been identified?

It’s interesting and the most important aspect is the shift from corporate to home user. Many work from home and will continue to work because they do not want to return to the office. And home networks do not have the same level of security as those in the office. We know cases in which the company’s servers were breached through the home network.

Change comes with an important focus on the area of ​​education, with people need to learn to use the technology and clear the risks. The attacks increased in the pandemic, we also saw in the area of ​​payment and courier platforms, where they searched for personal data. The range of attacks has expanded.

But at the corporate level, the level of maturity in terms of cyber security has increased. Checks have been made and various measures have been implemented to increase the security of data increasingly moved to the cloud. And we hope that this maturity will continue because new opportunities for attack appear and we have to keep up with them.