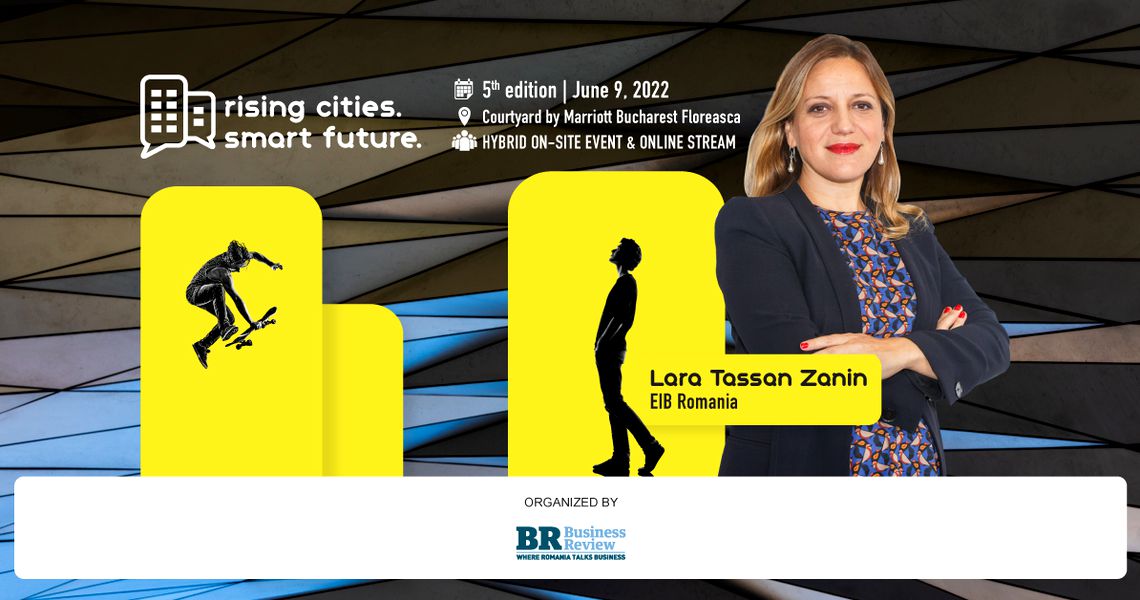 Lara Tassan Zanin, Head of the EIB Group Representation in Romania, will join BR’s Rising Cities. Smart Future 2022 edition, on June 9 at the Courtyard by Marriott Bucharest Floreasca. Register here for the on-site event, and join Lara Tassan Zanin and other top speakers at the premier smart city event in Romania!

Lara Tassan Zanin is an experienced professional with 20+ years of experience in banking, economics and engineering, having been with the EIB since 2006, initially as a Transport Engineer, then as Adviser to the EIB Executive Director (2011-2013). Between 2014 and 2016 she was the EIB Representative in Ankara, followed by the role of Senior Loan Officer in charge of corporate lending in Czech Republic and Slovakia (2016-2018). Since October 2018 she is the Head of the EIB Group Office in Romania. Tassan Zanin holds several degrees from prestigious institutions, such as Università degli Studi di Trieste (in Civil Engineering), University of Trieste and Massachusetts Institute of Technology (PhD in Transport Engineering), and the London Business School.

Lara Tassan Zanin will be a speaker in the second panel of day, titled “Unleash the full potential of a smart city,” where she will share her valuable expertise on smart cities, transportation, and eco-friendly urban life, together with Clotilde Armand, Mayor of Bucharest’s Sector 1, Allen Coliban, Mayor of Brasov, Marius Motofei,
Business Operations & Public Sector Director | Vodafone Romania, and Adrian Huma, Sector Head Automotive, Transportation and Logistics | ING Romania.

“Romania must decide what it wants to look like in the future, what it can do to strengthen its economy, what types of investments it wants to attract in order to have a greener and more sustainable economy, and how it should try to obtain those investments,” said Lara Tassan Zanin, the Head of the European Investment Bank Representation in Romania at BR’s Foreign Investors Summit 2021.