re:Focus on Retail and Logistics | Adriana Palasan (Arilog): Cross-docking areas should serve all retailers in their region 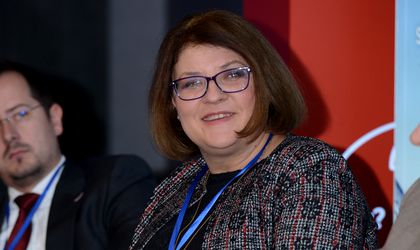 Adriana Palasan, President & ELA (European Logistics Association) representation – Arilog, was an integral part of BR’s recent re:Focus on Retail and Logistics. During the second panel of the day, titled “Horizontal and vertical development: opportunities for the logistics sector,” she focused on the importance of cross-docking, a concept she believes could streamline logistics operations for smaller retailers and ease off heavy traffic in large cities.

“Small retailers can’t be serviced by warehouses unless they’re close by. What’s missing today are cross-docking areas, which could serve the smaller retailers from a specific city. There is a large need for warehousing space for this kind of activity.

The potential of Constanta

“It’s clear that with some new well-thought infrastructure, Constanta can draw many important investors. This information is already public, Ikea will open a 50,000 sqm warehouse in Constanta. The logistics center is planned to serve a quite sizeable area in Eastern Europe.”