#FIS2019 | Elisabeta Moraru (Google Romania): “You can’t stop people from leaving the country; you have to create new specialists” 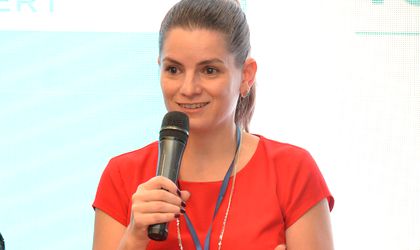 Elisabeta Moraru, the Country Manager of Google Romania, said during the “Investments in IT, Tech & Telecom” panel at the sixth edition of the Foreign Investors Summit that Google has had a major involvement in the development of digital skills among students of all ages in Romania, and that everyone needs to be involved in calling for more investments in digital education.

“We’ve recently launched a coding school to re-skill young people, even if they don’t have previous computer science training or degrees. We already lack about 16,000 software developers in Romania, and we can’t compete with countries like Poland or even Belarus without enough skilled people – not to mention that many are leaving the country. But you can’t stop people from leaving – you have to create new specialists.

Universities have been a major partner for us. In the past few years, we’ve started to work together with major universities in Romania, especially those outside Bucharest, teaching digital marketing using not just Google tools, but also other tools – now, we’re happy that they have integrated these courses into their curriculum.

We invested almost USD 1 million in TechSoup to help teach digital skills to primary school teachers across the country, as they’re the ones who can drive the change. Most people in rural areas have internet connectivity, but it needs to be used in school as well. Recently, we’ve also taught critical thinking, computational logic, and fun coding to 120 boys and girls.  We opened 4 pilot schools in rural areas, we’ve provided scholarships and training for educators. Education is a battlefield, and Google provides free digital tools for everybody.”

Speaking about the new trends and developments in technology, Moraru said: “In terms of technology consumption, the password for this year is ‘video’ – after several years of mobile. This year we also announced Quantum computing capacity, and the next year is the 50/50 year: half of the population already has internet access, and the other half is about to get there soon.”

On the question of what Romania needs to do in order to attract more foreign investments, Elisabeta Moraru said that IT businesses should prove that they can move away from being an outsourcing place for big international companies and focus more on product development.

“Outsourcing used to be an advantage for Romania, but it’s slowly turning into a curse. Of the first 100 companies in Romania doing exports, 55 percent are from the automotive sector and they all do outsourcing, so if Germany sneezes, they all suffer. We recently launched a product that trains Romanian companies to find audiences outside the country’s borders.

There is no way forward without the help of public authorities, no matter what we do in the public sector. We’ve worked on a huge government cloud project in Poland, for example, which Romania can learn from.