# FIS 2019 | Johan Meyer (Franklin Templeton Investments): ‘It is almost impossible to carry out a business plan with legislation changing so often” 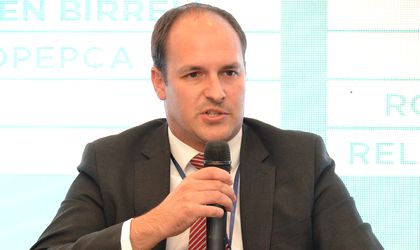 One of Romania’s biggest accomplishments this year was the upgrade of its capital market from frontier to emerging status. A year from now, we might see a flow of investments on the local market, but the changes in legislation may drive investors away investor from the energy industry, said Johan Meyer, CEO at Franklin Templeton Investments, manager of Fondul Proprietatea, at Business Review’s Foreign Investors Summit.

“Fondul Proprietatea has investments in the major players on the energy market. One of the key challenges have been the legislative changes we’ve had in recent years. It is almost impossible to execute a business plan when the legislation changes so often. Investors need the predictability of a stable environment,” says Johan Meyer.

This means that all the advantages Romania has as an investment destination can only be harnessed in a stable fiscal environment, otherwise they are useless. The government’s influence is not only seen in the fiscal environment, but also on the stock market, where, as a major stakeholder of several large companies, it can decide to list on Bucharest Stock Exchange. One of the major potential listings is power producer Hidroelectrica.

“There are a number of things that need to happen before the listing of Hidroelectrica. The most important is the political will as it’s the only thing that can drive the process forward. In terms of corporate governance we have everything ready – the legal team, equity advisers, investment bank consulting, etc.,” says Johan Meyer.

The problem is that without the majority shareholder (the state) encouraging the process, the listing can’t go anywhere. “With the new government that’s about to be appointed, we have a new opportunity to restart the process,” says Meyer, who also argues that it’s a unique opportunity for the company.

“The IPO (initial public offering) of Hidroelectrica would be the largest in the Eastern Europe in the last few years and it would bring in green funds and several market specialists.

Hidroelectrica has no equal in the world in terms of being a purely hydro-electrical power producer with no other production assets in its portfolio,” says Johan Meyer.

But politicians have to come and talk to the investors in order to understand the opportunities. And some politicians are willing to listen, but they first they have to join the discussion.

“I’ve been in Romania for almost 3 years now and I’ve seen the country going through many changes. The first problem is that we, the people in this room, are talking to each other, but the authorities are not hearing our message. That is no way to have a conversation (with the government),” says Johan Meyer.