#ESS2020 | Ionut Georgescu (Environmental Expert): Technology is the key for the future of waste management 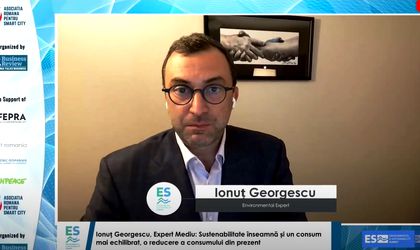 The three months old pandemic has impacted all of our lives greatly. But now we have a chance to look back at this crisis and see what we did right, what we did wrong, to learn from our mistakes in order to create a world in which we, as humans, have a sustainable behavior, as Ionut Georgescu, Environment Expert said at Business Review’s recent Environmental & Sustainability Summit 2020.

”Coronavirus was not created by humans in the laboratory, but it is certainly the result of our actions over the last hundred years as we have a rather negative impact on the environment and do not live in harmony with the nature,” says Ionut Georgescu.

Sustainability is to be defined by each one of us. But it is definite that we consume a lot and we generate a lot of waste that we are unable to manage. ”In Romania, we still don’t have a system for efficient recycling, that can lead us to a circular economy,” says Ionut Georgescu.

People in Romania and in Europe are looking at what actions are taken by organizations or politicians regarding the environment and the Green Deal. But this interest cannot yet be seen in how people vote, meaning they don’t choose the politicians depending on what they do for improving the environment.

“When we talk about infrastructure and the relationship between the waste management system and the waste generator we need to talk about technology. So far, we have expected local authorities to make some efforts for both recycling infrastructure and selective collection. But I have higher expectations regarding the opening of the industry based on technology, on digitization, on a new experience of selective collection. I think this is the key to a better future,” says Ionut Georgescu. 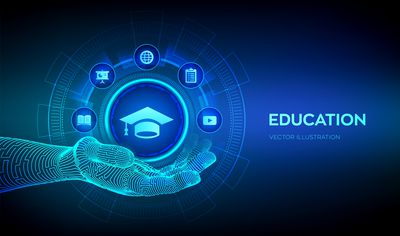 “I hope that this coronavirus crisis will give us the opportunity to talk about sustainability in a much more serious way. After all, social balance and solidarity are essential for sustainability. It is difficult to talk about environmental protection when you have nothing to eat, but if we stand up a little and look at the economic systems we are living in we see that it is based on consumption. The large developed economies were based on forever-increased consumption,” explains Ionut Georgescu.

He shows that the crisis will take us to a new life-balance, a balance that we will see in consumption. “We came to realize that we can live just as well or even happier while consuming less.” Staying at home showed us that we don’t have to run after consumption to be happy. And this balance may allow us to focus on more important things, like eradicating poverty.

The technology is what helped us to remain in contact with other and be able to work. “Imagine if the coronavirus crisis happened in 1990, 2000 or even 2010. It would have been much worse,” says Ionut Georgescu.

Waste moved from offices to homes

As the work moved from office buildings to homes and the restaurants and bars were closed, the waste generation also moved to residential areas. “As I see it, we will live with the virus for 6 to 24 months, until a vaccine is discovered. And even if we are in a relaxation phase, most of the people feel safe at home. So the consumption has moved home; while the clothes sale has decreased by 70 percent, the sale of food increased. And we still don’t have a selective collection infrastructure,” explains Ionut Georgescu.

There are about 50 associations around the country focused on waste management, mainly made by local authorities. But they are not enough. “We should no longer rely on authorities. Let’s liberalize the market and attract as much innovation as possible,” says the environmental expert.

“In the last 20-30-50 years, in the collection industry we had the least amount of innovations. So I believe that technology and digitization can change this industry much faster than the local authorities can. That is why, within the FWEI group, we focus on ​​technology,” shows Ionut Georgescu.

“Education is important and there are many projects in this direction. But we should join forces in order to reach more people, especially young people, in schools. In 2009 we launched a waste museum in Bucharest and we had an extraordinary success. In one year, over 250,000 people came to see what happens to the waste after it is put in the trash and what is the negative impact of collecting together and the benefits of selective collection.

All projects go hand in hand, from education to infrastructure. And if we talked about the responsibility of corporations and companies, about the responsibility of authorities and packaging manufacturers, I think we need to look at our responsibility as citizens. For this, we need to focus much more on solutions that get us more involved, to have concrete actions to ask the authorities for infrastructure and to ask companies to implement certain systems. Let’s all go in a certain direction,” concludes Ionut Georgescu.

He also announced a new project, named Movement for Recycling, a project dedicated especially to social media through which to attract as many people as possible to take action, to be responsible and to change the perception of selective collection.

How Does Online Learning Industry Reshape the World of Education?

The Virtual Gala Awarding the Best School Principals of 2021