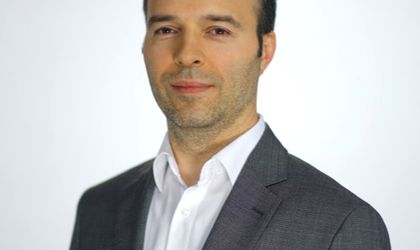 Catalin Neagoe, director of the Fixed Telephony and Mobile Communications Division at Digi | RCS & RDS, will be a speaker at Business Review’s Rising Cities. Smart Future event on November 27, 2019, at Courtyard by Marriott Bucharest Floreasca.

Neagoe graduated from the Computer Science School of the Romanian-American University in Bucharest and holds a Master’s degree in Business Management from the same university. He joined the RCS & RDS team 17 years ago.

Within the Digi | RCS & RDS Group, his responsibilities are related to the development and operation of the fixed and mobile telephony networks in Romania, as well as the MVNO (mobile virtual network operator) DIGI networks in Italy and Spain. Neagoe coordinates the division that operates, plans and implements the Group’s mobile networks and decides their development, launches of new services and functionalities, following and maintaining the quality parameters.

One of the key moments in Catalin’s career, as well as a major milestone for the company, was winning the tender for the 3G mobile license in 2006, followed by the commercial launch of the mobile services in 2007. Other important moments were marked by the launch of the network in Spain in 2008, and in Italy in 2010. In 2018, he was appointed Director of the Fixed Telephony and Mobile Communications Division.

With Rising Cities. Smart Future, Business Review wishes to support and highlight the evolution of the urban space, with everything encompassed by it: from technology, transportation, digital transformation, communities, architecture, to sustainability, passionate leadership and culture.

Rising Cities. Smart Future proposes greener, smarter and more connected future cities through panel discussions, debates and predictions about public–private collaborations, innovative and inspiring projects and ways of integrating new technologies, such as AI (artificial intelligence) and IoT (The internet of things) in the everyday life.