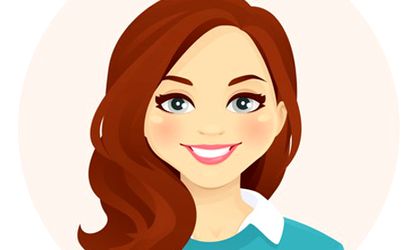 The most generous world countries have deployed economic means to support the fallout of the new pandemic mainly through subsidies and grants. The Romanian state has chosen two main methods of financial support, which are a blend between bank instruments and subsidies, as a part of the program IMM Invest Romania.

Grants are not on the menu, but loans become accessible and limited subsidies are available

Maximum loan value cannot exceed RON 500,000 for micro enterprises, while the maximum value for small enterprises is RON 1 mil, both of which cannot be higher than the average of capital expenses in the last 2 fiscal years. For new companies, the average is computed based on the double of the monthly average capital  expenses. All interest rates are are subsidized 100% from the Ministry of Finance’s budget.

State guarantees for up to 90% of loans, financing, working capital expenses, and subsidized interest rates

Why is this good?

While it might not look as free money at first, it’s worth diving into it since, during this period, state aid schemes are safer than ever. The European Commission, otherwise a ferocious defendant of limited state aid money (who has asked Romania to recover state aid granted to Oltchim, Ford or energy producer CE Hunedoara), now encourages the spending of as much state aid as possible in an attempt to limit the economic backlash of this pandemic.

Though not part of a completely new „pandemic dedicated” state aid scheme, SMEs and micro enterprises qualify now for more aid than before 21 March 2020, as the government extended the type of beneficiaries, the scope and the budget of the scheme, so as to include new measures in the current context.

In 2020, Romanian companies have invested heavily and produced significant output to rise productivity with up to almost 12 points.

High productivity means that, due to natural inertia, chances for future competitiveness are higher than if the crisis would’ve caught us off guard. We see above Romania’s productivity hitting high the charts, and, as Investopedia would explain, a country’s ability to improve its standard of living depends almost entirely on its ability to raise its output per worker, i.e., producing more goods and services for a given number of hours of work (i.e. productivity).

To walk on this productivity trend, the new laws also establish mechanisms for Eximbank to support companies with an exposure higher than EUR 50 mil by granting loans by or on behalf of the state before the Government’s actual approval of such loan through a Memorandum.

Should the state not approve post factum loan thus granted, Eximbank will bear the loan from its own budget.

What are the good news?

Two good news can be extracted:

Loans are a means to ensure liquidity during hard times. So, whether a business is very successful at a certain point in time or not, it requires liquidity to continue running its operations, to buy raw materials, pay its workers or simply pay rent. Hence the utility of loans, which, pending this crisis, can be accessed more easily.  State guarantees them, which means banks won’t care too much if you can pay them or not, as they usually would. This, along with an increase in new factory orders in 2020, means Romania could tackle economic distress pretty good. Why? Orders for factory hard goods, for example, can provide information on how busy factories may be in the future. Orders placed in current months may provide work in factories for many months to come as they work to fill the orders. And yes, the factory production in Romania is also estimated to rise in May, the first time after several negative months, a lot above year 2007, and roughly as much as in 2019, 2016 and 2015.

What happens with the economy if the big companies fall and will they fall?

Industrial business sectors have work to do in the following months due to orders already received and access to liquidities (thanks to mentioned state aid measures) up until the goods are shipped and actually sold. Overall, this translates in less unemployment then we’d expect, and possibly even a 0 effect on current inflation rate, as estimated by tradingeconomics.com.

Though heartily put together by a lawyer and an EMBA student, it does not amount to a specific, legal, financial or tax advice.
It is meant only to present facts, legal provisions, opinions, and data from the optimistic point of view, the kind of details the author and her team wish you to be aware of during this time too.
Should you feel the need to know more or apply some of the ideas presented herein, you should head to your most trusted advisor for a deeper view and a safe travel towards opportunity.
Thank you!