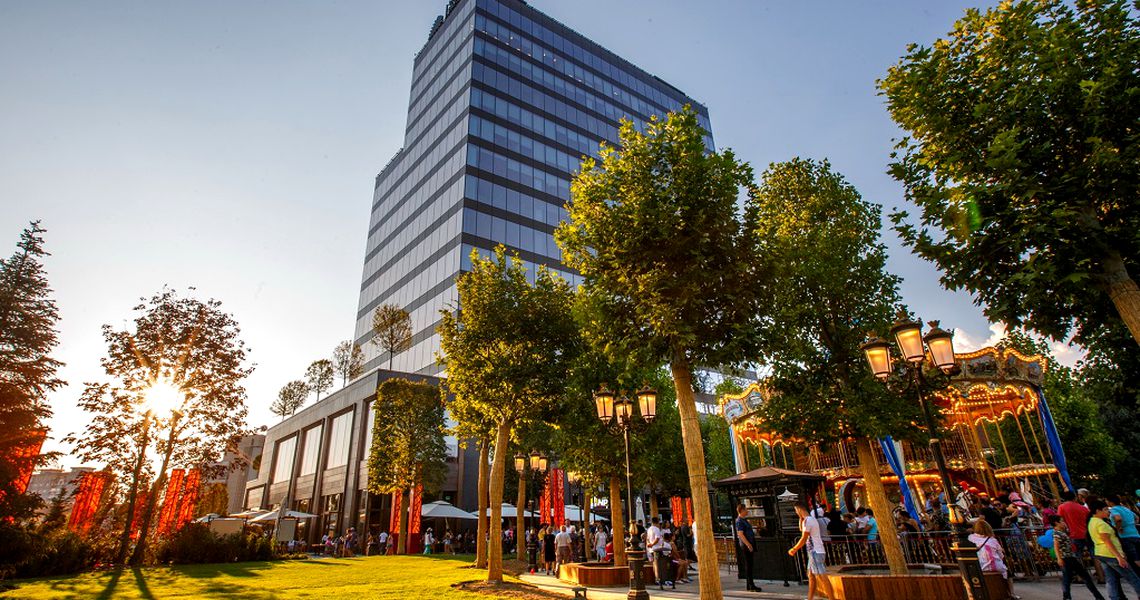 Bringing nature closer to communities is a new trend on the local real estate market, with Iulius pioneering this approach in its projects in Timisoara, Iasi and Cluj-Napoca.

At present, Iulius is the sole real estate developer in Romania making significant investments in implementing large green areas within its projects. As the major mixed projects it has developed so far involve urban regeneration, this step was a natural one and also one of its major concerns and challenges.

According to Iulius representatives, the company has invested EUR 13.2 million so far in the three parks developed as part of its projects: EUR 2.5 million (in the park at Palas Iasi, inaugurated back in 2012), EUR 8.7 million (at Iulius Town Timisoara) and over EUR 2 million (at Iulius Parc in Cluj-Napoca). “A major investment was required to create our parks and they come with significant maintenance costs on top. But they represent a strength of our projects,” say representatives. They add that the company’s investments in this area focused on green plots created from scratch over the underground car park. “The landscaping was very complex because it involved special infrastructure work, waterproofing, significant quantities of fertile soil and advanced flooding systems.” In addition, the company used a large number of ripening high trees of various species brought from Italian nurseries in all of its mixed projects, in order to create the impression that the gardens had always been there. “For example, over 1,400 trees were planted in Iulius Town Timisoara park,” add officials.

Iulius Gardens in Iulius Town Timisoara also includes an 800 sqm lake, large areas of special lawn where people can rest as in any of the world’s major parks, a gazebo, avenues for walking, and restaurants and cafeterias. Last but not least, Iulius Gardens has a carousel for kids, produced for Iulius Town by a company with over 50 years of experience in the production of equipment for amusement parks.

A strong anchor for communities

According to Iulius officials, the company’s mixed projects developed in Iasi and Timisoara focus on people and were built for the local communities. They meet the challenges communities in urban areas face every day.

“The green component – meaning nature – is crucial for a healthy life and we brought it to our offices. Those who work in the office buildings that we developed have the chance to take a break and spend it in the park or simply relaxing after their workday,” they say. Easing the lives of those who work or will work in the office buildings developed in Cluj-Napoca, Iasi or Timisoara was one of the main targets of the real estate developer. “They don’t have to cross the entire city to enjoy green grass or the shade of a tree. In addition, our parks have become real anchors and represent an important attraction for the entire community any time of the week. This is due to the natural environment we created and the regular events held,” add the representatives of Iulius. For example, the park at Iulius Town will be a vibrant place that will host a wide range of events, from educational and recreational activities for kids to cultural happenings like concerts by the Philharmonic, festivals and art exhibitions, sporting competitions and themed markets.

For all its parks the company worked with Italian landscapers who collaborated with Romanian teams of specialists. “At Iulius Town Timisoara, we worked with a German company to create the lake, because we wanted it to be as similar as possible to a natural one,” conclude the Iulius representatives.