Through Solidar Social, the Adi Hădean Association has donated over 300,000 servings of food so far 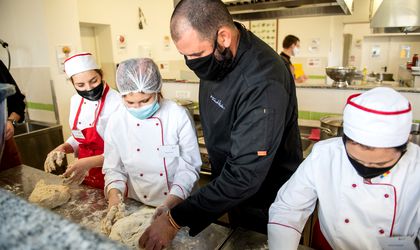 The humanitarian program „Solidar Social” was initiated by the Adi Hădean Association, following the path opened in 2015 through culinary and social projects designed to support the community. Since April 2020, the „Solidar Social” team has prepared over 300,000 meals, ie more than 200 tons of food, which have reached thousands of beneficiaries affected by the health and economic crisis and doctors at the forefront of the fight against Covid-19.

Over 60 companies donated food and funds to support the campaign.

The periods of crisis create unprecedented synergies, and this has been proved by the numerous humanitarian actions that have arisen during the pandemic. One of them is “Solidar Social”, initiated by the Adi Hădean Association and having as first partner the General Directorate of Social Assistance and Child Protection District 6 Bucharest. During a year and a half of activity, the campaign received the support of over 60 major HoReCa (and not only) companies such as Macromex, PepsiCo, Telus, Autonom, MicroGreens, Nordic Shops, Oti, Leonidas, Selgros, Napolact, Hochland, MOL, Danone, Fuchs Condimente, Penny Market, KissFM, RockFM, Carpatina, Mara Mura, Agricola, Brandis, Ferma Pogacean, Maspex, Maresi, Finastra, VestFood, Cuveeo, First Coffee, Biodeck, DeliFood, Unilever, Orkla, Univer, ParmaFood, Gustav Hahn, Pastificio Ambra and Process Color, over 550 individual donors and hundreds of volunteers who have been involved in this mission every day.

One of the most important sources of raw materials is Banca pentru Alimente, an NGO that collects and donates products to people in need, built on the already existing European Union model. As far as food waste is concerned, 250 kg of food per capita are thrown on average in Romania. The synergy of the missions of the two organizations led to a partnership for a common long-term mission. 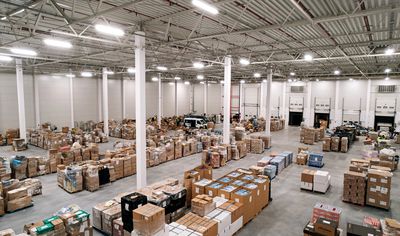 “I started ,,Solidar Social” in one breath, I didn’t have to overthink it, it was a decision me and my wife made on the spot. I thought, indeed, that many of my friends and collaborators would support me, that there would be companies activating in the same field that would donate unsold food and employees in the industry who would like to become volunteers. However, I have never imagined that this campaign would become this large. Both acquaintances and people I had never interacted with have joined the project on a daily basis and our cooking and delivery capacity increased steadily. It was the kind of experience that somehow changes your view of the world, giving you confidence that even in the darkest scenario there is that famous light that we have all been waiting for”, says Chef Adi Hădean.

Who are the “Solidar Social” campaign beneficiaries?

“Solidar Social” started, at first, from the desire to feed people, following the Hădean team’s belief, #LoveAllFeedAll. If during the first months the effort focused on supporting the medical staff in COVID hospitals in Bucharest, as the sanitary situation stabilized, the project focused its resources on people economically impacted during the pandemic. As a result, “Solidar Social” currently provides hot meals, 1,000 servings of food per day for the elderly and families with a large number of children in the records of the General Directorate of Social Assistance and Child Protection District 6 Bucharest, children from the Save the Children Day Center in Petrila, Hunedoara County, people in need from Albești and Negru Vodă, Constanța County.

Secondly, this program has kept professionals in the hospitality sector active, people who have chosen to get involved and follow their passion, that is, to feed others. Inactivity was not an option in such difficult times, when the prospects for the HoReCa sector were not at all optimistic, and through Chef Adi Hădean’s initiative, hundreds of volunteers gathered around a common goal.

The “Solidar Social” objective is to reach 1 million meals/servings of food per year. The association aims to create a network of social canteens, five own humanitarian kitchens, where some of the beneficiaries will be included as part of educational reconversion programs or vocational schools.

These goals cannot be achieved without the highly needed resources: 500 kg of food per day, protective materials, but also new volunteers for packaging, cooks and drivers. The costs of building humanitarian kitchens amount to 1 million euros.

Specialization program for 45 students of the CONCORDIA Trades School

In March 2021, the Association signed a partnership with the Humanitarian Organization CONCORDIA, aiming to increase the level of professionalisation of the 45 students of the CONCORDIA Trades School and the social integration of young people in the program, who in such way become useful and functional in their communities. Team Chefs held professional training workshops for students enrolled in the chef specialization.

Solidar Social is a project that has drawn attention from the community and media and, as a result, an important wave of support followed. In November 2020, the project was awarded “Social Responsibility Campaign of 2020” title. At the Horeca Awards in March 2021, Chef Adi Hădean received the Biz Sustainability Award in the “Leaders who invest in their community” category. Solidar Social was also nominated in 2020 in the “Audience Award” category at the Romanian Hospitality Awards.

How you can help

The program is supported by donations from companies and individuals, by SMS donations to 8845 with the text „SOLIDAR” or on platforms such as PayPal, RoHelp or Bursa Binelui.

Solidar Social constantly needs protective materials and food for the soup and main course preparation, food delivery vans and, of course, the most precious resource, the human one, is vital to be able to expand the program and reach as many beneficiaries as possible.