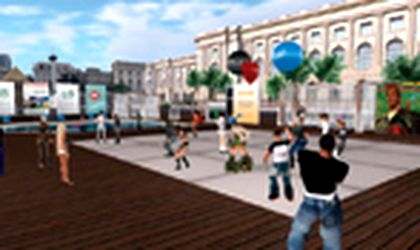 “It is not easy to reach this list. In theory, any owner of a virtual land (called “sim”) would like to be listed here. You have to fulfil a great deal of criteria and each application is analyzed very thoroughly by Linden Lab. The fact that only two months after launching we are already listed in Showcase means we are on the right track. Romania has things to show to the world,” said Aura Tatu, business developer at Chase Corp.
Since it was opened to the public, Virtual Bucharest has attracted daily traffic of 16,000. In January, it got a Building School in which virtual residents can learn to use their ideas in a creative manner.
Second Life, the platform which sustains Virtual Bucharest, was launched in 2003. Currently, Second Life has over 15 million registered accounts, plus its own economy and currency, called the Linden dollar. The value of daily transactions on Second Life is over USD 1.5 million.
Otilia Haraga