This weekend, Sindrofie la Sosea brings back the olden days of Little Paris 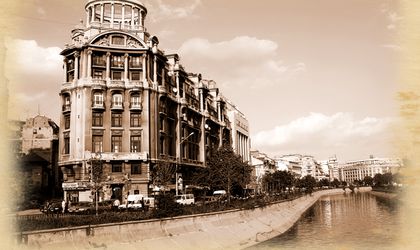 Sindrofie la Sosea (Street Frolic) will inaugurate two new itineraries on Victoriei Boulevard and Kiseleff Street, as part of Bucurestiul intr-o zi (Bucharest in One Day) project this weekend, on September 18 and 19, starting at 11 o’clock.

Master of ceremonies will be Cosmin Tudoran, member of the Romanian burlesque band Cassa Loco, who will personify Cilibi Moise, the story merchant, a renowned character of the olden days, described in his time by Romanian author Ion Luca Caragiale as “a truly popular individual and who rightfully said, always created sensation”.

Sindrofie la Sosea will start in the Kiseleff Park and will consist of several activities aimed to recreate the atmosphere of the former Bucharest: flowers will be sprinkled on the park’s alleys, an antiquities’ fair will take place, as well as culinary demonstrations with food specific to the times and wine tasting, among other surprises announced by organizers. Volunteers dressed in vintage clothes will offer information to the public and will organize promenades on pedestrian routes.

Muzeul Taranului Roman (Romanian Peasant’s Museum) will also take part in the event organized by the City Hall, with a crafted objects’ fair.