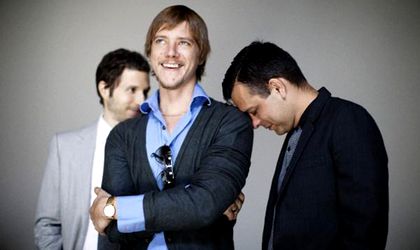 After initial rumors were speaking of a Stirbey Festival that would bring indie rockers Interpol to Bucharest (Stirbey came from the location, domeniul Stirbey, just outside of Bucharest, in Buftea), the festival’s name has however changed to Summer Well, the dates have been set for August 13 and 14 and the activities and lineup have been finalized.

Formed in 1997, Interpol (in picture) is one of the bands associated with the New York City indie music scene, and was one of several groups that emerged out of the post-punk revival of the 2000s. Interpol’s debut album Turn on the Bright Lights (2002) was critically acclaimed, reaching top positions in some of the most important charts of the genre. The band released its fourth, self-titled album on September 7, 2010.

Other much awaited alternative names at the festival are: Plan B, Noisettes, Mystery Jets, Graffiti6, Chew Lips, The Raveonettes, The Wombats, Chapel Club and Alex Clare.

Noisettes (occasionally written as NOISEttes to mark the difference in pronunciation from noisette – meaning hazelnut in French) are an indie rock band from London comprising singer and bassist Shingai Shoniwa, guitarist Dan Smith, and drummer Jamie Morrison. The band first achieved commercial success and nationwide recognition with the second single of their second album, Don’t Upset the Rhythm (Go Baby Go) which reached number two on the UK Singles Chart in Spring 2009, according to Wikipedia.

The festival will take place on Domeniul Stirbey (Stirbey Property) in Buftea and access to the events will be insured by organizers, as buses will circulate that day. Organizers also recommend car pools, since parking spaces are rather scarce in the location. Two-day subscriptions cost RON 99 and are available on easytickets.ro, eventim.ro and Orange Shops.