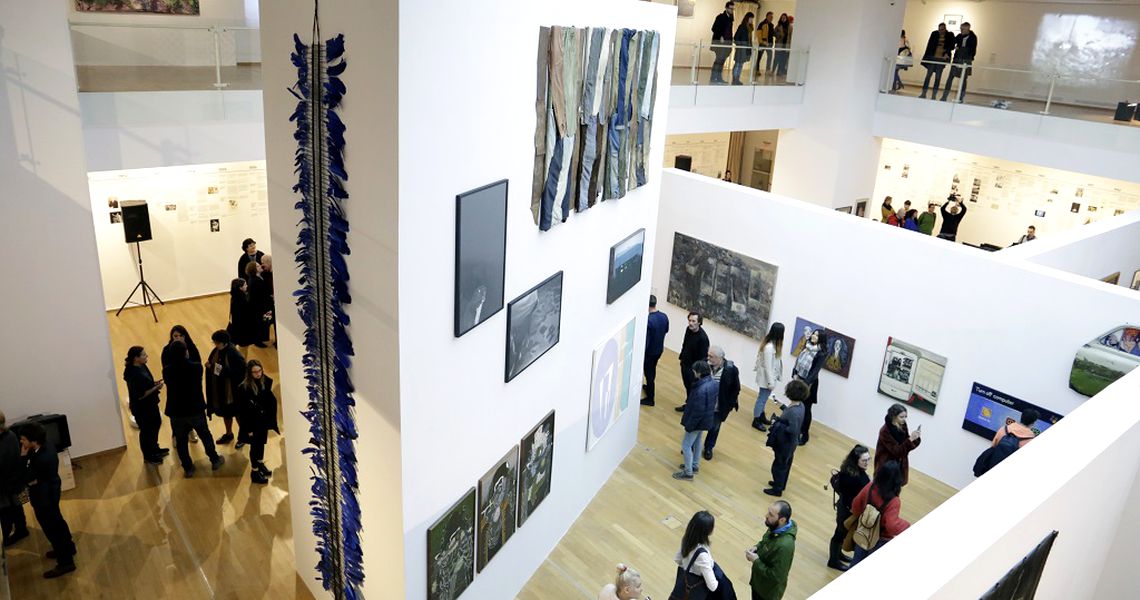 For the first time in its 18-year history, the National Museum of Contemporary Art (MNAC) is launching a long-term innovative project looking at Romanian contemporary art history (1947-2007), giving equal weight to the documentary and artistic sides, to the production of culture and the context determining it. Seeing History is designed as an open platform for presentation, analysis and debate, following the principles of collective curating and set to continuously change through the accumulation of knowledge. Business Review went behind the scenes with Calin Dan, the museum’s director.

Since you became the director of MNAC, you have been working with artists and curators, exploring a wide array of mediums of creativity. For this incredible exhibition, how do you share these responsibilities and how do you deal with the issue of shared authorship?

In art, things are like at any company: people meet regularly, exchange information, determine the next steps, and the overall strategy comes from the board of directors or CEO. It is not a big difference: I came up with the concept of this exhibition and then, from ongoing discussions with my colleagues, we finally managed to give it shape and make it happen. We undertook research, reading and lecturing, gathering information, restoration, but also other things more or less spectacular. Collective curating should not be understood differently from any activity involving a number of people.

What does the Seeing History exhibition seek to investigate?

The idea is simple: as an institution, we have to decide the area of ​​ activity and coverage of MNAC. Given what’s going on in other museums displaying new art, 20th-century art, it seems pretty obvious that the post-1947 period is not covered by anyone. Since we have works from the 40s and 50s, we have decided that our task is to cover art from World War II until now, because we also have the contemporary in our portfolio. We have to deal with what should have been resolved before, namely the writing of the history of Romanian art of the post-war period. At least one major book on the topic has been published, by Magda Carneci, but the period is still missing monographs, thematic books, theoretical analyses. We have until now a consistent historical focus, but it is far from sufficient for understanding this period.

The important question is where we stop, not where we start, because it is obvious that something happened in the aftermath of the war, the country was profoundly changing politically, economically and socially, with the installation of a new political regime and its cultural paradigm, so someone has to deal with it.

Where does the contemporary stop, here’s the key question. It must stop somewhere in order to give us time to look back. A contemporary art museum is meant to look first and foremost at the recent past. And we considered 2007 a good closing point because then the paradigm changed again with Romania’s accession to the EU and in this way we closed a 60-year interval over which we leaned with the tools of art history research applied to the objects we have in the collection.

What message are you trying to convey through Seeing History?

Between lived history and the history created by artists is an ongoing interaction and interpenetration. It is about the relationship between life and art, not about a value judgment. Firstly, it’s about what we see, and what we see is absorbed in the cultural exercise and then returned to the people who lived that political existence, as a kind of mirror. It is not about “this is what the art of Romania looked like under the Communist regime” or about how history passed over us, Romanians. Here at the museum we take neither a nationalist, emotional or valorizing approach. From my point of view, the art made in Romania at that time is important as a document, not as a commercial value. The commercial value of art is given by other institutions, not by the museum of contemporary art.

What should a visitor expect from Seeing History?

First, the visitor now sees a diachronic display where works are associatively brought together. Second, the visitor is guided by the information the labels contain. Third, the description of the timeline, which will soon be available in English as well, the resume of the history of art 1947-2007. The next step will be a micro-fiche of the work that is exhibited, of those works that have historical significance in the sense that they are representative of an artist who him/herself is representative of a certain period of time, so that that specific work can be mapped in a wider context.

The timeline, this part of the written chronology which we wanted to be an important part of the exhibition, will grow and be developed, and invade the space of the gallery more and more, whereas we will continue research into the works exhibited in the gallery and other works related to those from the storage. What I know for sure is that we consider this a medium-term project at least, and it’s still premature to say what’s next. In this space and in this form, the project will last for at least three years.