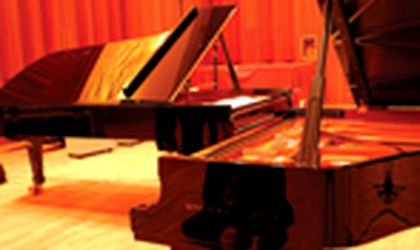 Concerts will be held in dedicated, spectacular venues such as the Romanian Atheneaeum, Cotroceni Palace, National Military Center and the George Enescu Museum, as well as some less conventional spaces for chamber music such as Bragadiru Palace and Saint Joseph's Cathedral. The latter will host, during the German Cultural Days, a concert by the ensemble led by famous violinist Daishin Kashimoto of the Berlin Philharmonic. It will also welcome the project Sans Orchestre from fiddler Gilles Apap of Santa Barbara and the Paris group Colors of Invention. Born in France, Apap now lives in the United States. He is recognized for his talent but also his different approach to music, having being pronounced “the exemplary violinist of the 21st century” by Yehudi Menuhin.
Otilia Haraga