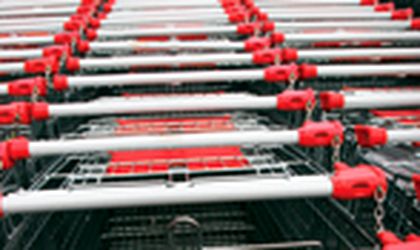 Traditional commerce, meaning corner shops, served fewer customers than modern retail formats, like hypermarkets and discounters. The latter cover 41 percent of the total value of consumed goods last year, a slight increase on 38 percent in 2007. The percentage is even higher for Bucharest, where 71 percent of spending goes to modern retail.
More than half the Romanian families spent money in hypermarkets last year, visited them more frequently and spent 25 percent more on their purchases than in 2007.
Traditional trade formats attracted fewer and fewer shoppers, and their drop in market share is more pronounced throughout the country than in Bucharest, where the number stayed relatively constant.
The capital has also witnessed customers shopping less frequently in hypermarkets and supermarkets, while only discount stores have managed to convince shoppers to pop in more often.
Staff