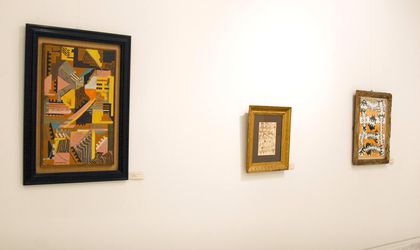 The Romanian Cultural Institute will host Destrupari, an exhibition by artist Eugen Vutescu, from April 8. Destrupari can roughly be translated as ‘Disembodiments,’ according to Daria Ghiu, who will speak on the exhibition at the official opening. Vutescu’s characters tend towards “an essence of biblical origins represented through three classical elements: the lamb, the fish and the angel,” says Ghiu. Poet Teodor Duna adds: “The paintings of Eugen Vutescu represent expressions of absence, doubled by traumas of dissolution, dissolving, oscillating between the abandonment of humanity and the anxiety of one’s own body, felt as otherness.” This is the second personal exhibition by Vutescu, who has taken part in several group projects. The exhibition will be open until April 25.