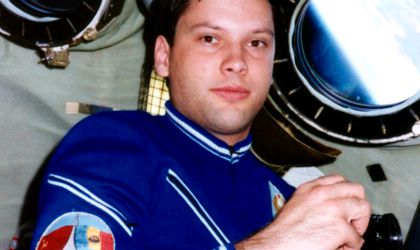 Romanian astronaut Dumitru Punariu was honored with a medal from Russian president Dmitri Medvedev, together with other Soviet cosmonauts, reports Mediafx news wire. The ceremony occurred on Tuesday, with the occasion of the celebration of 50 years since the first human space flight.

Prunariu received this distinction as a consequence to his being a former soviet cosmonaut. The medal marks Prunariu’s recognition for his accomplishments in space exploration development. Together with the astronauts, other 51 experts in 15 countries received awards for their merits in the same area.

The first man reaching space was the Russian Iuri Gagarin, on April 12 1961. Prunariu is the first and only Romanian flying into space on May 14 1981, as part of the Soyuz 40 mission, fom the Intercosmos space program. The Romanian, an aeronautical engineer, spent 7 days, 20 hours and 42 minutes in space. He occupied various military positions, in the Romanian military and civil aviation, was president of the Romanian Space Agency, as well as Romania’s ambassador in the Russian Federation. Prunariu received numerous distinctions, from the Romanian state, the Soviet Union and Germany.

In picture, Prunaru during his days as an astronaut.