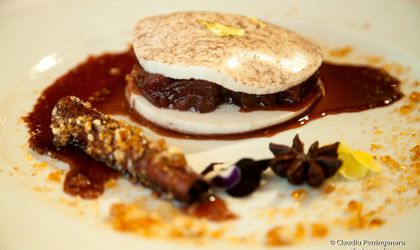 In the city capital, the HORECA scene changes constantly. New restaurants, bistros, wine bars, hanging out places with finger food raise and fall, especially in the city center. The dynamic is quite impressive, taking into consideration that 60% of the HORECA businesses fail in less than 9 months. But there are some places where business stands for years, due to the fact that clients come here for the traditional food experience. And there is more to happen.

“Romanian traditional cuisine”, “best place in town where you can find Romanian food”, “best Romanian flavours”, are some of the marketing messages you can find when trying to figure out what’s with our local cuisine. Of course, Facebook, TripAdvisers and Google are everyone’s best friends when we need information, but behind some kitchen doors traditional magic flavours happens.

I always said that in Bucharest there is a lack of imagination when it comes to traditional cuisine. The food is good, but not spectacular or yummy-tasteful. So when The Romanian Gastronomy Restoration Association (ARGR) proposed a series of food events with Romanian traditional food as it used to be, I was more than delighted. There is a lack of biography when it comes to traditional recipes and food heritage. Some food historians tries to put every source together, but the process is quite difficult. But people from ARGR, especially Amalia Consulea and Alexandru Consulea, also owners of Zexe Restaurant, are struggling to make it happen. And there are other food aficionados, like Cosmin Dragomir, owner of Gastro Art, the first magazine dedicated to the history of the Romanian gastronomy and hospitality, who help them out.

With the documentation offered by Cosmin Dragomir and the great cooking skills of Amalia Consulea, under the supervision of Alexandru Consulea, a series of  gastronomic refunds – culinary archeology evenings are happening in Zexe Restaurant.

How was the feast?

Take a look at the photos and descriptions.