IN REVIEW: Kane Restaurant | Is this the best in town? 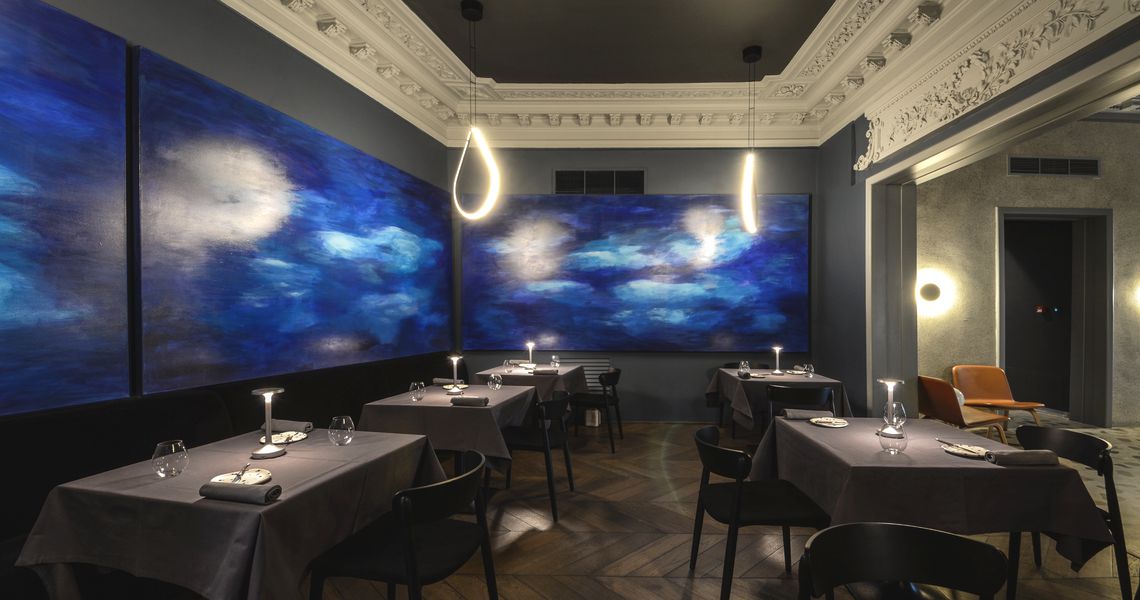 There are three restaurants which can equally claim the accolade of being the best in the land, and KANE is one of them. They add the “New Romanian Cuisine” tag to their name, which is misleading and initially put me off going there, as I envisaged sexed-up versions of such local horrors as sarmale and mici. But I was so wrong.

The reality is that they create contemporary European cuisine, and the Romanian twist is in the fact that they source all their ingredients locally. So do not expect to see Italian salami, Spanish ham or a French cheese board. But you won’t miss those things, because what they do create is quite sensational.

So let’s eat. It is housed in a historic villa which lends itself to a warm casual ambiance. The staff are amazing: I have never seen waiters who are so well versed in the details of each dish. If you have any questions, there’s no need to drag the chef out of the kitchen – the waiters are so knowledgeable that they can answer any queries you may have.

Blondie and I opted for the tasting menu, which gave us a broad spread of dishes on which we could judge the talent of the House. We could not fault them on any dish. So we started with the “amuse bouche”, several tiny dishes made to get you excited about the meal to come. I shall not describe them as they will doubtlessly change by the time you go there.

As we munched on our bread and butter – both were made in house – we awaited our first main of “carrot cake”. You may well ask how you can sex up a carrot, but the House pulled off a master stroke. Picture a carrot cake, but fried in butter, garlic and rosemary. Then they top it with pickled mustard seeds, drown it in carrot puree and add a squirt of bacon and chive oil. It plates up like a work of art before your eyes.

Away we went to a zander with what the House described as a “hay/grass mayonnaise” with kale, mustard stalks and sorrel, all swimming in a fish sauce. I hope you are all taking notes because I am pained to give you the intel on the work the House has engaged in. And if you want further proof at this juncture, if you were in France you would get a fruit sorbet in a champagne glass to cleanse and refresh your palate before gorging on a delicate desert. But no, not at Kane. Here you get a white chocolate mousse sorbet, but with a slice of pear and a reduction of acacia flower and pear consomme. It was superb.

So how does the House pull it off? Well, it is all down to the Chef. They have a fine fellow, Catalin Bejenariu, who is distinguished for being one of the few formally trained Romanian chefs. Be aware that 98 percent of all local chefs have had no training whatsoever, and have “learned” their craft by reading western cookbooks and watching international foodie programmes on TV. Their incompetence makes my blood boil with anger when I see them on Romanian TV, and yet they charge top dollar in Bucharest, while in Europe they would be relegated to washing dishes.

But back to Mr Bejenariu. He had the good fortune of being trained in England, a country that – to the disdain of my dear French friends – is now recognised as the centre of excellent world cuisine. He trained in many of England’s top restaurants, which by default means he trained with some of the best in the world. And it shows in his work.

In a nutshell, KANE can stand its own alongside the finest restaurants in London, Paris, Milan or Madrid. I’ve purposely erased New York from this list of gastro cities as its lard tubbed, obese population has chosen to pig out on junk food MacMuck outlets rather than sophisticated and beautiful cuisine.

But all is not good in paradise. The House wines were priced through the roof. The standard markup is 300 percent over the retail price, but KANE pushes it up too far. So if you see me eating there, you will be able to identify me as the man who is making one glass of wine last for the duration of my entire meal, but with a satisfied smile on my face.