Radu Beligan to receive a star on local Walk of Fame 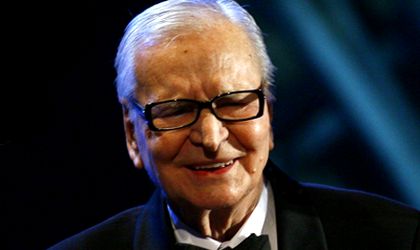 After actors Florin Piersic and Victor Rebengiuc got a star of their own on Bucharest’s Walk of Fame Boulevard, Radu Beligan has been elected after an online poll to be the next receiver of such an honor.

The 92-year-old actor has had a prolific career in theater, film, television and radio, throughout over 70 years of activity. He can mostly be seen nowadays at the Bucharest National Theater (Teatrul National Bucuresti), where he also directs. Beligan is once known to have stated that he is a descendant of Romanian author Ion Creanga. He is also a writer himself, having published a few books so far.

The event will take place in Piata Timpului, in Bucharest’s old city center, on March 25, the International Day of Theater.