Quartet for the End of Time to be played at Athenaeum 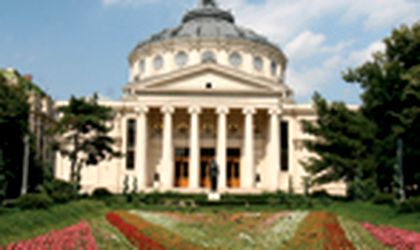 The music was first played on January 15, 1941, in the concentration camp at Gorlitz, Poland, in the excruciating cold in front of thirty thousand prisoners, by Messiaen and three other musicians, his captive colleagues. Le Quatuor de la Fin du Temps is “the most beautiful concert in my entire existence,” Messiaen said. It became one of the landmark works of art of the 20th century, and, due to the extraordinary circumstances in which it was created and interpreted, an expression of true liberation. To emphasize its strength and beauty, this 55-minute-long piece – inspired from a prophecy in John's Apocalypse, “There will be no more time!” – will be the only music played during the concert.
Tickets for the event, organized by the French Institute in partnership with the George Enescu Philharmonic, are available from the Athenaeum.