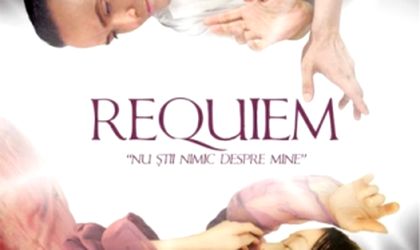 The “Requiem. You don’t know anything about me” ballet show will get an additional representation on November 29th at the Odeon Theater, JTI announced. The tickets for the November 26, 26 and 27 representations are sold out.

“Requiem. You don’t know anything about me” aims to raise funds for Japan to help the rescue and rebuild efforts undertaken after the devastating earthquake on March 11. The show was created by Motoko Hirayama and Razvan Mazilu on the musical score of Requiem by Karl Jenkins. All the funds raised following the shows are directed towards the Assistance Fund for the victims of the Japan earthquake, opened by the JTI foundation.

“I find it interesting the Motoko and I will be working from a distance. It is one of the challenges of the show. I was in Japan five times so far. Once I got to see Motoko dancing in a three-minute solo. It was enough to impress me and make me remember her,” said Razvan Mazilu.

A prominent figure of dance and choreography, Motoko Hirayama is also an associate professor at the Tsukuba University. She created choreographies for dancers at the American Ballet Theatre, San Francisco Ballet, Balsoi Ballet. She also worked with Israeli choreographer Imbal Pinto.

More on the show and how to support its cause here.