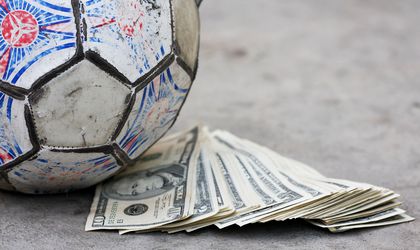 The combined revenues of the world’s 20 highest earning football clubs have surpassed EUR 4 billion for the first time, according to the latest Football Money League from Deloitte, the business advisory firm. They generated a total of EUR 4.3 billion in revenue, up 8 percent against the previous year.

For the sixth consecutive year, Real Madrid claims top spot as the world’s largest football club on this measure.  Real is now just two years short of matching Manchester United’s eight year reign from 1996/97, the first edition of the Money League, through to 2003/04.

“All bar three of the top 20 clubs achieved revenue growth during 2009/10 demonstrating the continued resilience of football’s top clubs as the full impact of the global economic downturn took hold. The game’s top clubs have proved themselves well-placed to meet these economic challenges given their large and loyal supporter bases, ability to drive broadcast audiences, and continuing attraction to corporate partners,“ commented Dan Jones, Partner in the Sports Business Group at Deloitte.

Whilst Spanish clubs claim the top two positions in the Money League, England retains the largest representation from any single country, with seven clubs.  Manchester United, Arsenal and Chelsea all retained their previous years’ positions of third, fifth and sixth, respectively.  Liverpool slipped one place to eighth.

Manchester City is the biggest climber in this year’s Money League, moving up nine places from 20th to 11th.  After significant investment in the playing squad, the club finished fifth in the Premier League, its highest placing since the league began.  All of this year’s top 20 clubs are from the ‘big five’ European leagues with England contributing seven, Germany and Italy four clubs each, Spain three clubs and France two.

Paul Rawnsley, Director in the Sports Business Group, cncluded: “Despite the difficult economic times we would not be surprised to report that revenues have grown again when we cover the current season in next year’s report, as bigger central overseas broadcast deals and some strong sponsorship deals strengthen English clubs’ revenue position further.”

Analysis in the Football Money League covers the 2009/10 season. For the full report, access this address.